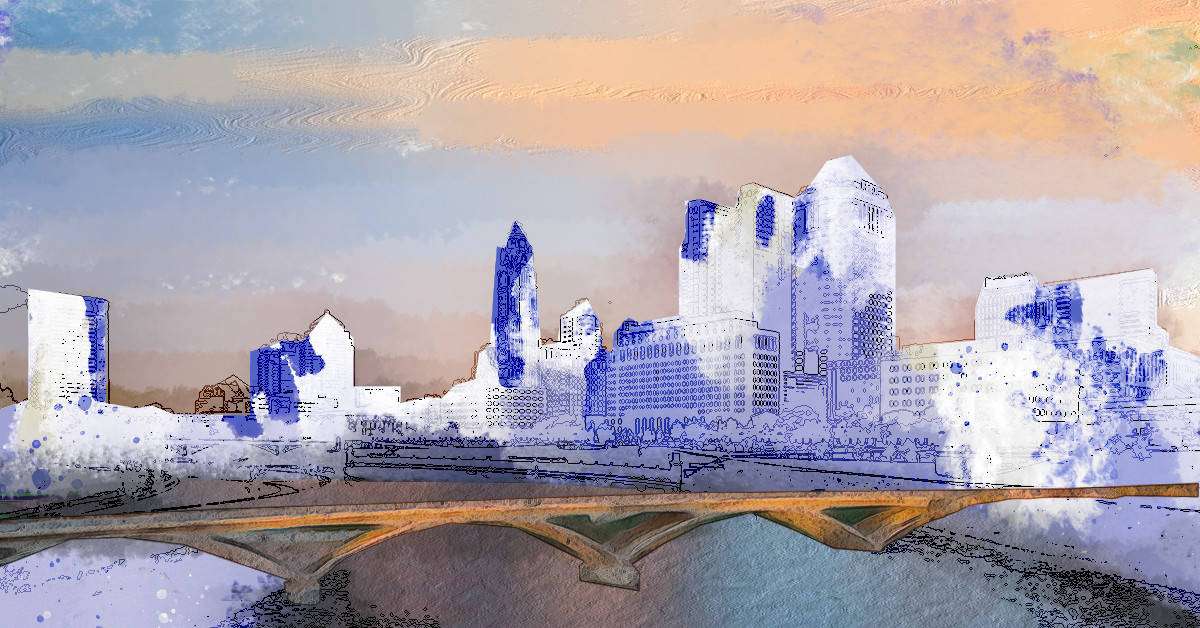 The 21st century hasn’t been kind to most Midwestern cities. Plagued by the aging infrastructure and rusted economies left behind in the post-industrial era, once-thriving urban centers are losing population at alarming rates. Between 2010 and 2020, Cleveland, Ohio lost six percent of its population. The region’s largest city, Chicago, shrank by seven percent between 2000 and 2010. Unlike several of its counterparts, however, Columbus, Ohio has experienced exceptional population growth.

Columbus has never seen a dip in its population since its founding, experiencing a notably rapid rise in population around 1950. But recent growth in the city rivals its growth rate in the 1950s and current rates in cities such as Phoenix and Houston. While the city boasts both the statehouse and the third-largest public university in the nation by enrollment, experts attribute its population growth to more than just that — namely its growing economy, affordable housing and expanding city limits.

In recent years, Columbus’ economy has been not just stable, but growing. Recent data shows a sizable increase in Columbus’ GDP. One article from Columbus Business First states that Franklin County’s GDP grew by nearly 2.3 billion dollars between 2014 and 2017.

“The fact that our economy is different from the rest of Ohio really goes back to the founding of Columbus in 1812. Columbus was established to be the state capital. And so over the years, manufacturing grew up in cities throughout the state, throughout the Midwest and Northeast, and much less so here,” LaFayette said.

“These banks and the insurance companies and state governments and so forth had a real need for information technology. And so last time I looked, our concentration of IT employment is about 40% greater than what you would expect in a region our size. And so we’ve lately started attracting a whole bunch of data centers here,” he noted.

Besides the city’s growing economy, LaFayette noted other reasons Columbus’ population has been increasing, like the city’s affordable housing, as well as an influx of recent immigrants, who contribute to the city in diverse ways.

“[Recent immigration has] certainly helped our small business formation rate, which admittedly needs help, as it’s true of pretty much everywhere in Ohio. But [immigrants] certainly contribute to the fabric of the community. They improve diversity and help the quality of life. So that’s far beyond what they contribute economically. I believe that most or all of our net increase in the last decade was through immigrants,” LaFayette said.

Another advantage that Columbus has had over other Midwestern cities that is not often discussed has been its ability to define and expand its limits. Dr. Mark Salling, an expert on demographic analysis and redistricting from Cleveland State University, said that one way Columbus has outpaced other cities is by absorbing new tracts of land.

“Since 1950, Columbus had annexed territory and is able, therefore, to gain population in those new areas, whether those new areas already had some population that they obtained through annexation, or one of those areas [was an area] of suburban growth eventually, and therefore contributes to the city’s population growth,” Salling said. “A lot of cities like Cleveland and Cincinnati, and others that are not even in Ohio, haven’t been able to annex territory.”

For these reasons, Columbus has been growing at the same time that other cities in Ohio like Cleveland have struggled to retain their population; along with Cincinnati, Columbus is one of two among the ten most populated cities in Ohio that are not depopulating. Data shows that Cleveland’s population has been shrinking since the 1950s, part of a larger trend across Ohio and the Midwest. LaFayette accredits this pattern to the region’s emphasis on manufacturing and agriculture, citing the book “Caught in the Middle” by Richard C. Longworth.

Besides the unique economic challenges of its region, Cleveland faces another issue that affects its growth: urban sprawl. Salling pointed to migration to the suburbs as one channel through which the city is losing population.

“Urban sprawl is a phenomenon that hit places like Cleveland much harder than other places because the economy in the city itself has declined in terms of the number of jobs, and you’ve built highways and other road improvements that enable people — even when there are jobs still remaining in the city — to move somewhere else in the region and still commute to their jobs in Cleveland,” he said.

At the same time that people are leaving Cleveland, the city is also growing poorer. According to a 2016 study from the University of Minnesota, the city’s low-income population had grown by 30 percent since 2000. Over the same period, an additional 49 percent of Clevelanders were in poverty.

The study also reports a related trend in regards to race. Since 2000, a fifth of Cleveland’s white population has left, a phenomenon known as “white flight.” Salling blames this pattern on individual racial prejudice. He also said that because white Ohioans have on average more access to job opportunities and higher and more rapidly increasing incomes, they can more easily afford better and newer housing in the suburbs.

“And so you proceed to better schools and more opportunities and green space and trees and parks and all those kinds of advantages in the outlying suburbs. So the whites move out there,” he said.

Columbus’ advantages over other regions in its state have become especially apparent during the COVID-19 pandemic. LaFayette reported that Columbus lost 14.2 percent of its employees from February 2020 to April 2020. Ohio as a whole, however, lost 15.8 percent. Ohio has also regained fewer jobs since then, with a net loss of 3.9 percent, while Columbus reported a net loss of 2.7 percent, about equal to the U.S. average.

“The last time that Ohio did as well as the U.S. in an expansion was the late 1940s. So, every recession back as far as I can go, Ohio has lost more than average because of its manufacturing focus. Manufacturing’s really cyclical. Used to be that we’d make up for that with an increase in employment greater than average. But now what’s happening is that we lose more in recessions and make less in expansion. And again, that’s because of the increasing efficiency of manufacturing,” he said.

Despite the difficulties faced by Cleveland and other cities in the Midwest, there seems to be cause for optimism. One way that LaFayette says that cities can mitigate decline is by taking advantage of preexisting economic structures to create jobs.

LaFayette also emphasized the importance of pinpointing and investing in economic drivers — industries in a region that are larger than average and exhibit high levels of growth. Once cities have identified their economic drivers, they can determine the long-term factors in the economy that are contributing to these industries’ success and plan accordingly.

“You think about the advantages that those industries might be drawing on, and those industries then become good candidates for attracting more of the same and building them up because, over the long run, the jobs in those industries are going to be more stable than average, and offer greater potential for advancement,” LaFayette said. “And the point is that the answer to that question — What are the drivers? — is different everywhere you look.”

Through this strategy, cities in the same region can also collaborate to improve their economic prospects as a whole. LaFayette proposes that once cities identify their economic drivers, they can fill in the gaps in the economic structures of other communities.

“If you can figure out what the needs are in Toledo, what the under-concentrated industries are that might be highly present in Dayton, in Columbus, or Cincinnati, what you can do is you can kind of do matchmaking. You can figure out firms that are good candidates to supply goods and services that firms in Toledo need, and so you’ve got more contracts that are going to Dayton and fewer contracts going to Denver or Dallas,” he said.

Salling, however, warned against expecting a quick fix. One of the obstacles he identified was the current state of government and the political process.

“Cities in Ohio, for example, don’t have a lot of say in the laws that are made in Columbus. And disproportionately the legislators in Columbus represent small towns and suburban communities,” he said. “Because of partisan gerrymandering, they disproportionately represent voters who don’t see the problems and don’t really need to have the problems of the inner city fixed very fast,” he said.

Despite this roadblock, population decline in certain Midwestern cities seems to be slowing.  Between 2010 and 2020, Chicago’s population increased by almost 2 percent, reversing the trend from the previous Census. Census estimates also report that the rate at which people are leaving Cleveland seems to have decreased. According to Salling, the city partially owes this positive development to Mayor Frank Jackson’s administration as well as nonprofit organizations in the city.

“There are foundations, funding foundations, for example, for a long period of time now, a decade or more, a couple of decades, maybe even longer, [who] have recognized the need to put resources into the city of Cleveland and its neighborhoods in order to stabilize and sustain them. And, that’s a difficult process of decline to resist and to overcome. But I think there’s a lot of evidence that it has been mitigated to a very significant extent,” he said.

Ultimately, the work of learning from Columbus’ success and encouraging growth in the Midwest will rest on the shoulders of several actors. Such an endeavor will likely take place over a long time and will require multiple organizations’ collaboration. 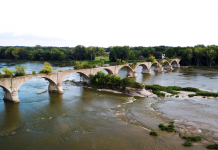