In episode 1 of Weight of Sound, Toledo Symphony Orchestra President Emeritus Bob Bell discusses his decades-long connection with Bruckner symphonies as an audience member, a percussionist and a community leader: “We want quick satisfaction—whatever we want to do we want to always go as fast as we can. Bruckner’s music is for another time. Things are a little slower and more lofty in a way. But every bit is [as] relevant today as ever…”

It was electrifying. The piece ended. There was not a sound in the hall. I mean, this is a glorious, incredible finish. People were stunned, as I was.

I happened to go to a performance of the Bruckner Fourth Symphony maybe 25 years ago or so, up in the University of Michigan, with the Munich Philharmonic and a conductor named Sergiu Celibidache, a legendary European conductor—[he] did not come to the United States very often, was, you know, typical of all conductors—enormous ego—but very knowledgeable. He was guided a lot by Asian/Eastern thought, whether it was Buddhism or any kind of spiritual thing. And to him, I guess, Bruckner had a particular kind of message about life.

So I went with this friend who had invited me and had an extra ticket. The only thing in the program was this Bruckner symphony.

They last a long time. This thing went on and on…and on. And at the very end, the coda comes in. It’s normally the beat pattern like [singing]. The strings [singing] and the brass come in with the little things. And he was so slow. It was like, [singing]. And it was electrifying.

The piece ended. There was not a sound in the hall. And this is a glorious incredible finish. People were stunned, as I was. so I subsequently started to check out, learn more about this, and nobody has ever done it like Celibidache. First of all, he was old, could do what he wanted, the way he wanted it, and that’s the way it happened. So that stuck with me, period. I have talked to some conductors, very important ones—they won’t even touch a Bruckner Symphony before they are 40 years old or more. It’s that kind of the thing. So what I all want to expound here to someone that [thinks] “Oh, I don’t get it”: Some day, you may.

On the occasion of my 50th year, although I had not been playing regularly in the orchestra. This conductor that I was very much connected with, Stefan Sanderling—we had conceived a plan to do all the Bruckner Symphonies at Rosary Cathedral, and we did them over ten years. And it just happened to be the year Bruckner Eighth was scheduled, so I thought maybe I could play in the Bruckner Eighth because it’s a fantastic piece. And I did. So I came out and played at the Rosary that particular performance of the Bruckner 8th. And again, it seems like, when he sums up everything, it’s just amazing music.

Bruckner…it might be an acquired taste, and it’s a little off-putting to many people. He was very insecure as a person and as a composer, unlike Wagner who is trying to tell the story of everything that ever existed and even built a hall to perform in for himself. Bruckner, on the other hand—his music was so unusual at the time that people didn’t like it, and critics were very mean to him.

If you’ve heard one Bruckner symphony, you always know it’s a Bruckner symphony. Many of these symphonies had different versions because “Oh, I have to fix this because nobody likes it.” But they all have a similar kind of architecture. His Third Symphony, so-called Wagner symphony, dedicated to Wagner—although not sure if Wagner particularly liked them. None of the people liked them because they are really long. Here is the thing: they are simple. I mean they are not simple, but they appeared to be simple. Because why do you keep playing the same tune slowly, thinking “Oh, we just heard that”? But it’s not the same. The little harmony changes, the whole texture changes.

We want quick satisfaction—whatever we want to do we want to always go as fast as we can. Bruckner’s music is for another time. Things are a little slower and more lofty in a way. But every bit is [as] relevant today as ever, in terms of, “Do we really care? What do we think is the reason for existence?” The closest thing to Bruckner to me would be Bach. Bach is intricate and complex. But it’s the music for all time. And I would put Bruckner in that same category. But it has to be done with some sense of understanding.

What I discovered more, more and more now is that Bruckner…People think he was Catholic—he was a church organist. He’s buried at St. Florian’s near where he was employed at the church. And I feel about his music—about any religious music, whether it’s the Bach B Minor Mass or Beethoven Missa solemnis—it transcends religion. The thing about Bruckner is that it’s not about religion… It’s about belief. We all want to believe in something or aspire. And his music has a way of enveloping you.

More about the musician:

Bob Bell is the President Emeritus of the Toledo Symphony Orchestra. Bob started with the Toledo Symphony as a timpanist in 1957 and has been in a leadership and administration role in the TSO over the past six decades. Bob is still involved with the Symphony’s HD program which he sets shots for cameramen to capture the live performance at Toledo Museum of Art Peristyle.

Featured excerpts of live performance from: 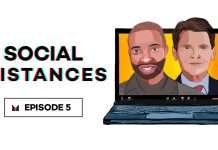