This year’s Jeep Fest, after a hiatus in 2017, returned in full swing to celebrate Toledo’s crucial role in the history and present of the Jeep brand. The two-day event drew tens of thousands of people and about 1,600 Jeeps drove in its parade. But why does Jeep remain in Toledo’s cultural memory and why should we care?

Peep, beep, beetle bug, blitz buggy, Leaping Lena, puddle jumper—these are just a few of the names the military 4-by-4s had before their brand was solidified right here in Toledo. The term jeep, rumored to have started as army slang, only became a brand when Willys-Overland made the first “Jeep” models in Toledo in 1945. During World War II, the U.S. Army and its allies used the Jeep as their primary 4-wheel-drive vehicle, making it an icon of war, victory, and American pride.

While one reporter claimed riding in one was like “falling downstairs” [sic], Americans developed a natural affection for these rough-and-tough, multi-use vehicles: “All of us soon began to develop a profound affection for these jeeps,” wrote one civilian. “Ugly, ineffectual-looking green boxes on wheels, they proved themselves the salvation of our column, ferreting out pathways through the woods, pulling sedans out of ruts, hauling trucks through streams and up slopes too steep for them to negotiate under their own power, and rushing back along the track, bringing aid and succor to other stricken cars.”

The Jeep’s rugged adaptability and lovability has left an indelible mark on Toledo’s history and identity, but Toledo also jumpstarted the affection that has made Jeep the icon it is today: Willys-Overland saw an opportunity for these “ugly, ineffectual-looking green boxes” to become a lasting symbol of victory and pride, and nested and nurtured the Jeep brand during the peak of Midwestern industrial power to become part of not only our history, but our present and future as well.

Historical information and quotations sourced from Doug Stewart’s “Hail to the jeep! Could we have won without it?” Smithsonian, vol. 23, issue 8, 1992, pp. 60–69. EBSCOhost. Web. 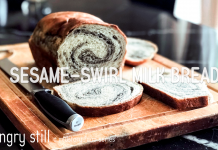 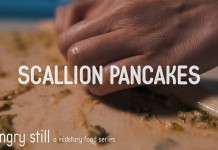