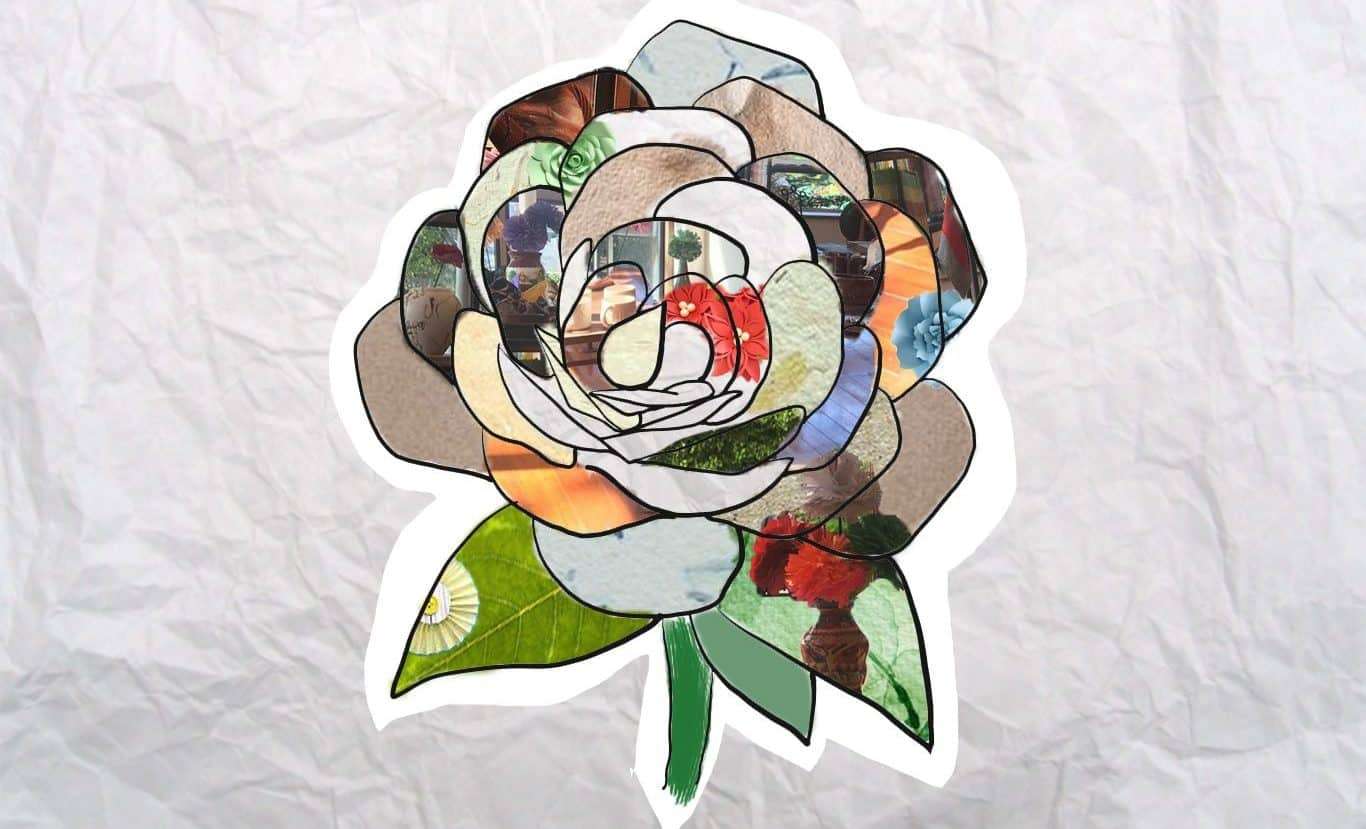 The windows of Sunshine Studios are lined with blooming paper flowers, illuminated by the morning sun. Sunshine Studios is filled with beautiful artwork, but people are often surprised when they learn that the art at this studio is made by Toledoans with developmental disabilities that work and sell their art there.

People with disabilities make up a significant and growing portion of Toledo’s population—so the needs in Toledo are significant and growing, too. Those with disabilities make up about 15.5% of Toledo’s population, nearly 3% higher than the national estimate of 12.8%, and that number is gradually increasing for a variety of reasons, such as an aging population and other growing health conditions.

Organizations like Sunshine Studios, where Toledoans with disabilities create and sell artwork, or iDance, a non-profit studio that engages those with disabilities in classes for dance, photography, singing and more, are innovating to serve that need.

And the innovations are happening in a truly “Toledo” way, crossing fields and industries that have long been part of Toledo’s identity. Toledo is home to two thriving industries—healthcare and the arts—with strong businesses, nonprofits and initiatives forging ahead for innovations in these fields (think: ProMedica, Mercy, the Arts Commission, Toledo School for the Arts, etc.).

The city’s pre-existing strongholds in arts and healthcare offer a unique foundation to further support, integrate and innovate for Toledoans with disabilities. Toledo has the potential to be on the forefront of innovative programs and inclusivity for those with disabilities—to emphasize what sets Toledo apart: arts, healthcare and community. Don’t discount the worth of paper flowers.

Ten years ago, Karen Medina, Director and Founder of iDance, saw a need to create a space for people with disabilities where they could be active and artistic. Medina answered the need for creative expression and fitness through iDance, which started with just eight students in a storage room using windows to watch their reflections instead of mirrors.

From these humble origins, iDance has expanded and now offers a variety of programs to over 152 students. Students at iDance now have access to an exercise room and programs that include nutrition guidance, vocal performance, cardio drumming, photography and more. As a dance teacher of over forty years, Medina’s eyes gleam with excitement when she tells me of the joy and confidence she sees in her students.

“Their confidence is getting amazing, and the arts are making it happen,” she said.

Joan Campbell, Vice President of Retail Services at Sunshine Communities, sees a similar joy at Sunshine Studios, the art studio mentioned above. People with disabilities are celebrated in the community for their art, encouraging a new type of acceptance and confidence.

“One of the most beautiful parts of this job is just watching the pride of the individuals when they have created something from start to finish and then have people from the community come in and love what they’ve created. It’s a beautiful thing,” Campbell said.

Through iDance and seeing her students engage with art, Karen Medina quickly learned that there is no single experience among people with disabilities—as is the case for people without disabilities.

Although there is no one definition, the term “disabled” is broadly seen as a physical or mental ailment that limits participation in daily life activities. Types of disabilities themselves vary widely—encompassing anything from developmental disabilities, such as Down syndrome, to a handicap, like the loss of a limb from cancer. This is why Medina adapts her teaching style to each individual and splits classes up by personality. She knows who prefers spinning over jumping, who has trouble with balance and flexibility and who is not comfortable with loud music or bright lights.

The work these and other organizations in Toledo are doing also challenges people’s preconceived assumptions about limitations. For example, some dance or art programs might expect less from people with disabilities, seeing the disability as something that limits instead of an opportunity for innovation.

Medina, however, pushes each student to do their best and holds them to a high standard, just as she would any able-bodied student. Similarly, Deborah Rasmusson at Sunshine Communities highlights the focus on providing high quality art at Sunshine Studios.

The artwork in Sunshine Studios is truly beautiful. These exhibits bring greater awareness of these artists’ full capabilities and talents, showing that an open mind and the right support goes a long way. But they also challenge viewers to ask themselves why they expected less in the first place.

Art therapy, while a field neither new nor exclusive to Toledo, has found a niche and home in the city—and has even impacted the arts and healthcare scenes independently.

Jen Balogh, Vice President at Cancer Connection, which provides support for cancer patients and families, noted that people with disabilities challenge traditional art forms in “a whole different way.” Indeed, there are wheelchair ballet classes and vision-impaired aerobics classes at iDance. This new form of art pushes the artistic community to reimagine new frontiers with what might have previously seemed like limitations.

Balogh, who is heavily involved with art therapy programs for cancer patients, remarks on how art therapy for those struggling through an illness or preoccupied with health concerns also benefits local healthcare systems. On top of giving local artists a chance to display their art in the community, art therapy is becoming a much larger presence in the medical world and gives patients a welcome diversion from their illness.

There is a growing need for medical providers to be well educated on how to engage with people with disabilities. Deborah Rasmusson, Chief Program Officer at Sunshine Communities, says that many members at Sunshine Communities have other health concerns in addition to their primary disability. The healthcare system in Toledo, however, is not always well equipped to treat them.

“As far as medical providers being informed about individuals with disabilities, more work can be done in that area. They don’t spend very much time on that in medical school, and most physicians will tell you that. Sometimes doctors, nurses [and] therapists don’t know exactly how to work with people with developmental disabilities. It’s not because they don’t want to—they just haven’t had the training,” Rasmusson said.

To address this issue, Sunshine Communities has relationships with hospitals in the region and is also a clinical site where medical workers observe and work to gain a better understanding of how to best care for people with disabilities. This kind of collaborative learning mindset presents opportunities for Toledo to not only enhance the quality of life for those with disabilities, but also push the fields of arts and healthcare in ways previously unthought of.

And innovation is the name of the game in an increasingly-technological world. Although Toledo is not necessarily known for innovative technology the way San Francisco and New York City are, assistive technology may bring a unique technological sphere to Toledo that would represent increased opportunity for a growing population of those with disabilities—and perhaps even an avenue for economic growth.

As of 2019, Ohio has already begun pouring increased funding into resources for people with disabilities and is the first state in the nation to implement a “Technology First” initiative. This means that Ohio will now be placing an emphasis on supporting the development and use of technology that helps people with disabilities. Given Toledo’s strong existing arts and healthcare systems, and technology’s growing relevance to both fields, technology could bridge the two and introduce avenues for investment and development in Toledo.

Deborah Rasmusson at Sunshine Communities says that one of Sunshine Communities’ goals this year is to explore additional ways to use technology. Assistive technology (AT) is also becoming more integrated with arts education for people with disabilities. AT is any piece of equipment that helps someone perform a task and can fall on a range of low- to high-tech, involving anything from paint brushes with larger handles to smart wheelchairs for broader creative movement in dance.

While it is a relatively new idea to integrate AT with art, Karen Medina at iDance was very open to trying out new forms of technology, and Joan Campbell from Sunshine Studios called the prospect of AT “fabulous.”

“Who’s to say that they can’t go work for a company, or they can’t themselves be an artist?” Balogh from Cancer Connection said. “[Technology gives] them the opportunity to show what’s inside of them that they’ve never been able to show before.”

With Toledo’s strong arts and healthcare system and Ohio’s new push for technology, Toledo has the opportunity to be a leader in improving accessibility and opportunities for expression for people with disabilities. Investing in these areas could also help revitalize Toledo by extending frontiers and by drawing new thinkers and innovators to Toledo who want to make a difference.

Medina says that people from other places, inside Ohio, like Bowling Green, and outside Ohio, like North Carolina and Michigan, are inquiring about iDance, desiring something similar in their communities. Toledo’s community is not entirely unique in its needs, and the vision for innovations in Toledo could influence innovations nationally.

“I can’t say Toledo has made it happen, but [other places are also] allowing us to make it happen,” Medina said.

The individuals—both with and without disabilities—involved in these programs continue to challenge Toledo to not simply wait for change to happen, but to step up and to recognize its own potential to be a leader. Yes, Toledo must see the value in all pockets of the community, but Toledo must also understand its own value—its own worth.

Toledo is like a paper flower. It’s easy to pass us by. But it’s time for Toledo to demand more and to hope for more.