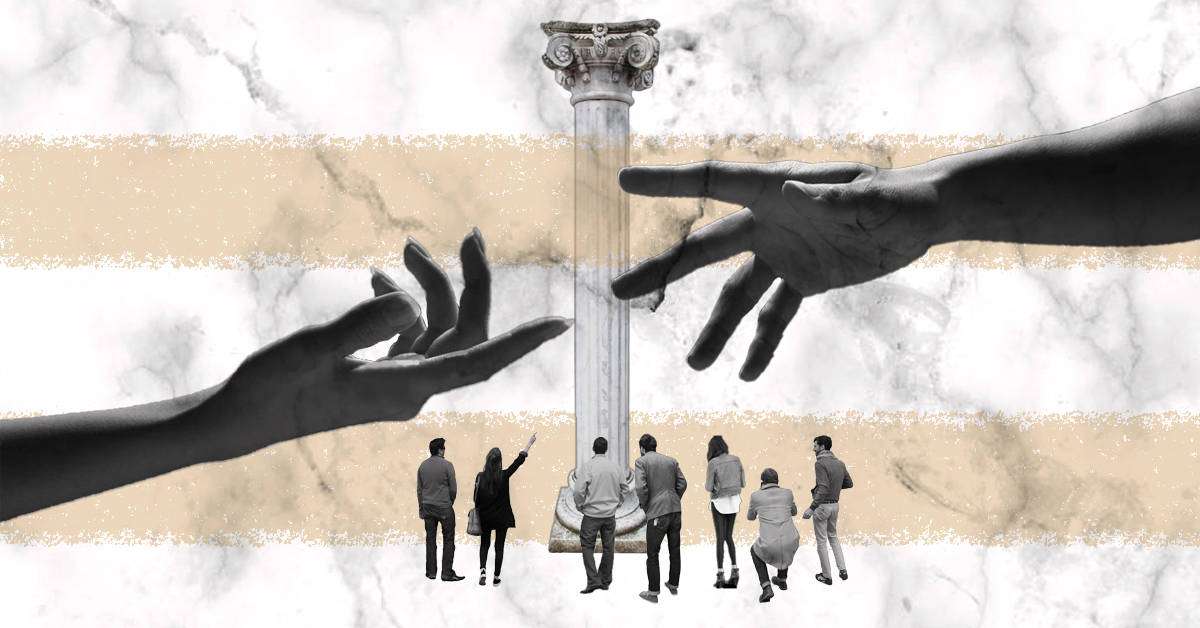 Museums can originate from a multitude of places. Sometimes, they are created from a rich collection of artifacts inspired by a particular culture. Or, they spring forth from a private collection of art that has only recently been open to the public. And sometimes, the idea for a museum begins in unlikely places, like a horse farm on the border of the Appalachian mountains.

Gerry Hilferty, the founder, president and creative director of Hilferty Museum Planning, has been designing museums all over the country for nearly five decades. His projects span from the niche—he says his team was on a kick of creating exhibits and museums about horses for a while—to the enormous—like the National Museum of the American Indian in Washington, DC, which he says took 12 years to complete.

Yet all the projects start in the same place: a small studio between Athens and Amesville, Ohio. The two-floor building still has iron bars downstairs that used to make up livestock pens, a family of foxes living under the back porch, and, outside, about a dozen horses roaming the fields of Windy Hills Horse Farm, with which Hilferty shares their campus.

It seems like an unorthodox place for nationally renowned museums to be designed. But it also reflects a greater trend in the current transformation of American museums—one that reckons with these ivory institutions’ history and envisions a more community-oriented and accessible future.

For centuries, museums have been seen as institutions of public education, research and knowledge. But they are also tied to a history of imperialism, classism  preserving select narratives from the most privileged of people. Some of the most renowned museums in the world, like the British Museum and the Louvre, primarily focused on displaying their respective countries’ wealth and power throughout their history. Closer to home, most early American museums started as for-profit private collections owned by the country’s wealthiest collectors.

Today,  Hilferty—and leaders of museums across the nation—have seen changes both in the way museums are designed and the way they curate exhibits and programming. More specifically, Hilferty has seen an increase in museums that focus on civil rights, human rights and voting rights as these issues become more pressing cultural conversations.

Whitney Owens, the Chief Learning Officer for the Cincinnati Museum Center, has also turned her focus to tackling pressing social issues through various programs and exhibits.

“I think there are two huge issues for our time that I see museums wrestling with and doing some great work with, and that’s systematic racism and climate change,” Owens said. “In some cases, finally we can get to it, in other cases we can dig deeper.”

To address those issues effectively, museums are now looking toward the people they serve to incorporate their perspectives into exhibits and programming. Owens and others at the Cincinnati Museum Center have spent time attending community council meetings and meeting with members of neighborhoods close to the museum center. These meetings not only allowed museum staffers to show what resources the museum had available, but also allowed them to ask about how the museum could be an active participant in the neighborhoods’ development plans.

The role of museums and community is particularly important in the Midwest, where there is already a politically and culturally diverse population ripe for engaging in valuable conversations. For Owens, this increasing diversity makes the Midwest the ideal place for cultural change to happen.

“You have this idea of ‘Midwest Nice,’ which is challenging in some ways because it keeps us from talking about different things, but in other ways, it makes us talk about things,” Owens said. “We have this idea of being neighborly and helping each other. I think that keeps those lines of conversations open. It’s a powerful tool as we look at the types of conversations museums can have in their communities.”

As museums go through a phase of transformation and listen more closely to their audiences, things are changing. In particular, one ongoing discussion in the future of museum programming is the role of technology. Technology has made some museum content more accessible to people that are unable to visit them in person, and digital museums have started to make a rise, encouraged further by the pandemic. But technology is not the end-all-be-all for museum development; sometimes it’s better to create hands-on and unique experiences that go beyond a screen.

“There are lots of things that we do that are hands-on, touch based stuff, and that has become a trend in museums,” Hilferty said. “Everyone has phones, and if you do all computer stuff, you lose kids pretty quickly. Some of the old-fashioned things we never got rid of, but people are asking for more of that as an anecdote to some of the computer overload everybody has.”

Hilferty prides himself on adding a bit of drama to his exhibits, whether it’s the interactive theater that showers ash and dancing sparks on visitors at the Flint Hill Discovery Center, or an enormous interactive light and sound sculpture in the Mississippi Civil Rights Museum. While these features make for appealing youth programming, they draw in adults, as well.

“I’m a big kid at heart,” Hilferty said. “We try to make our museums kids’ museums anyways. And adults, if an exhibit appeals to their kids, they’ll try it and get involved.”

Owens is also looking at how to bring positive changes to exhibits, including focusing on localized stories and making new exhibits accessible for all guests. But change in museums does not only occur in exhibits and programs; it can also involve internal change. Owens and other Museum Center staff are currently facing difficult discussions about wage equality and diversity within their own staff, including what level of education museum staff should need and who can afford to work for a non-profit institution that often has comparatively low pay.

But all of these discussions ultimately look at the same idea: how museums can stick around in the midst of a transformative moment.

“We’re looking systematically at our business models and asking, ‘How do we stay alive?” Owens said. “And how do we as a society say that if we want these things to stay alive, we need to nourish our arts and culture communities.”

Through all of these changes to what museums, both local and national, may look like in the future, it is evident that museums continue to hold an important cultural role. They help to preserve and contextualize history, provide a sense of community and collective heritage, particularly at a local level, and offer reliable information when it may otherwise be hard to find. And the demand for the ways museums show information is not going away.

“Polls that are done show that people trust what they learn in a museum to be a fair portrayal of something,” Hilferty said. “People are smarter than we think, and they trust museums.” 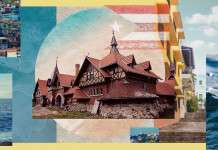