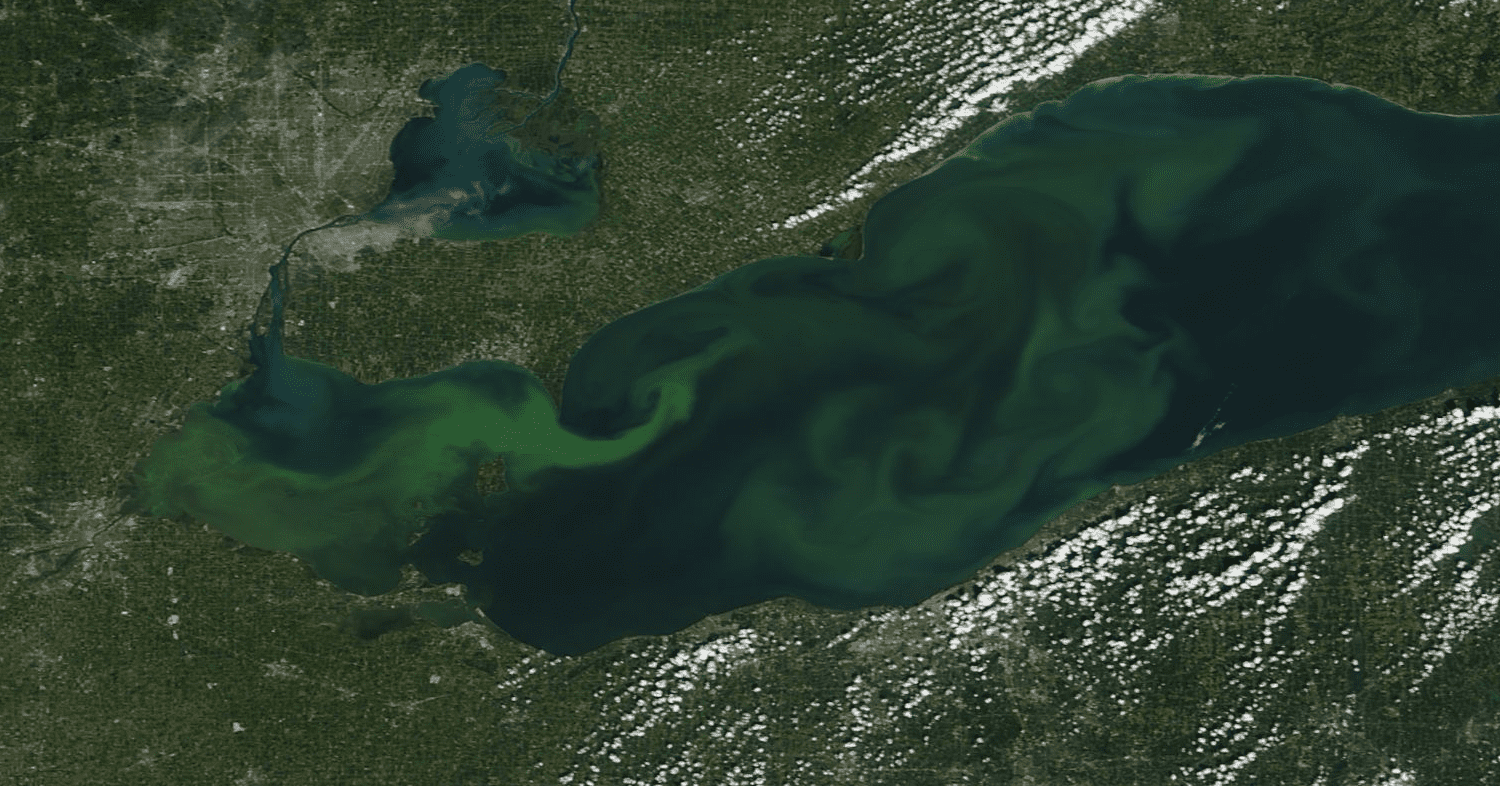 Apparently green is the new blue, at least for Lake Erie in the summer. While the 2014 water crisis made national news when nearly a half million residents in the Toledo region were left unable to use their tap water for three days, the annual algal blooms have continued to occur in the Western Basin of Lake Erie—with the severity of blooms in 2015, 2017 and 2019 all being greater than that of 2014 (and blooms happening well before the water shutdown, as well). In 2019, 600 sq. miles of Lake Erie were covered by algae in late August, the bloom scoring a hefty 7.3 as compared to 2014’s 6.5 on an 11-point severity scale based on a bloom’s biomass (amount of algae) over a sustained period. The most severe bloom in recent years happened in 2015, with a rating of 10.5. This year’s algal bloom is predicted to have a milder severity of around 4.5, just below the cutoff for higher-impact blooms rated above 5.

The Water Project’s team of researchers & creators has animated the growth of the blooms from July to early September for each year since then using MODIS Aqua and Terra true color images from NASA Worldview. They’ve also compiled a graph showing bloom severity from 2014-2020 and and another showing the level of blue-green algae in Lake Erie from 2015 to the present using data from the Great Lakes Observing System (GLOS), collection of which began after the 2014 crisis.

Use the arrows above to watch the growth of the algal blooms during the summer of each year from 2015-2020.

The harmful algal blooms, caused by an oversaturation of nutrients coming in from rivers and tributaries, are a great health hazard to humans and the environment due to the cyanotoxins they release (watch an explainer video here to learn more). Cyanotoxins can be released by some freshwater cyanobacterial blooms or cyanoHABs. The release of these toxins into the surrounding water, which people then use and consume, can lead to skin and respiratory irritation, liver damage and acute lethal, chronic and sub-chronic poisonings, making harmful algal blooms a public health crisis not to be ignored, even amidst a pandemic.

The research and media presented here were made possible in part through a grant from the First Solar Corporate Charitable Fund. Read more here. 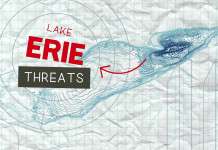 “Water is Life”: Connecting Communities to Lake Erie’s Waterfront — And Its Future