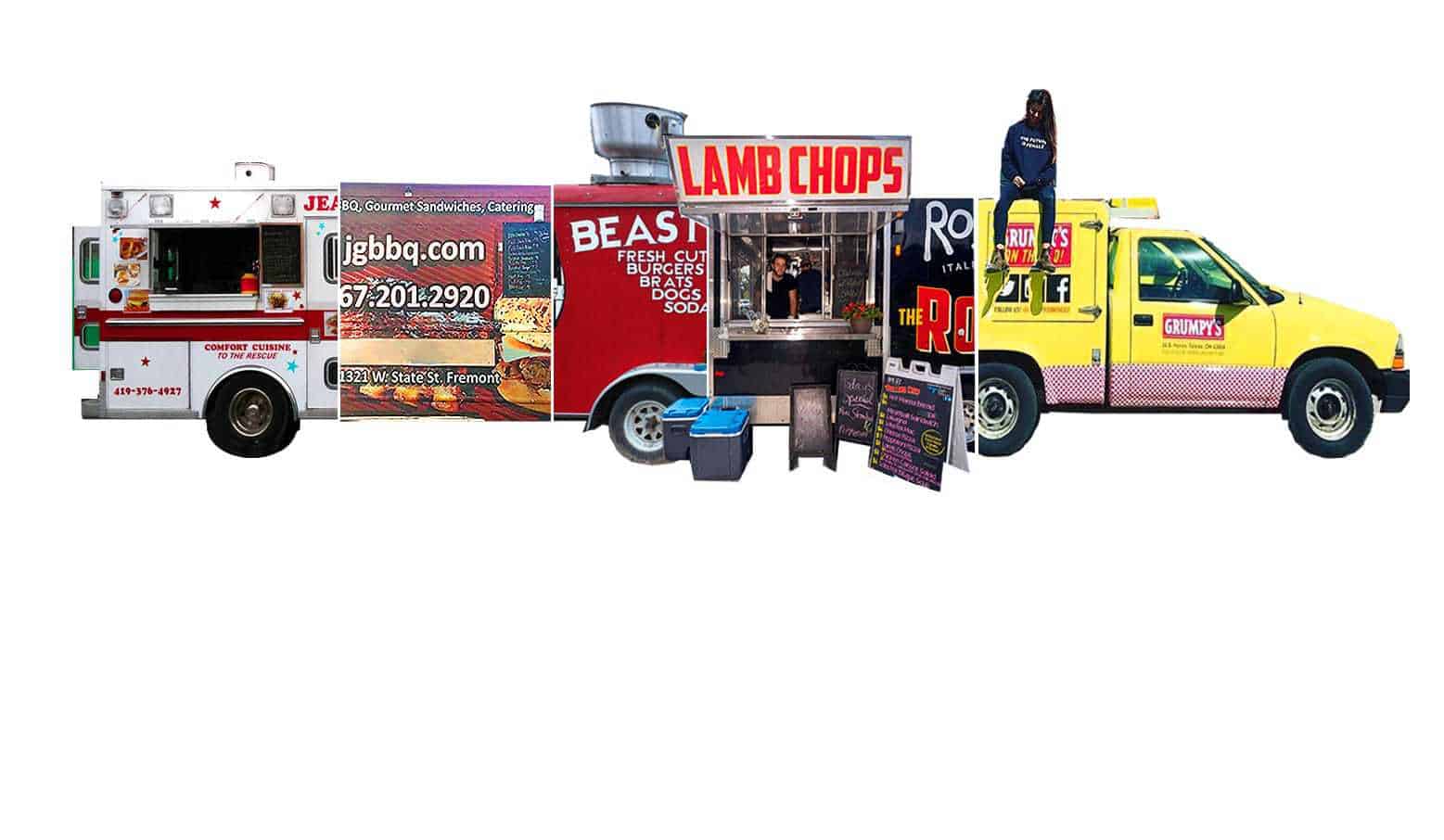 My first days in a cloudy downtown Toledo were underlined by a disjointing juxtaposition. Empty streets and buildings matching the sky’s overcast tone were interrupted by a two-story tall baseball scoreboard, ornate facades, and manicured urban parks. However, emptiness dominated these welcoming structures. Hundreds of feet of green lawn housed six awkwardly-placed and lonely lawn chairs enjoying a riverfront view.

This rebuttal to “if you build it, they will come” stuck with me throughout that week. Feelings of optimism and infrastructure could not magically create crowds. Employees can be seen leaving in a mass exodus when the clock strikes 5pm, but there doesn’t seem to be a regular crowd downtown—an issue affecting hundreds of post-industrial cities in the Midwest and beyond.

Going downtown at exactly the right time, however, reveals a busy, thriving, foot-trafficked downtown square—a hopeful yet ephemeral scene of what downtown Toledo has the potential to be—or, with optimism, what it is becoming. That day is Thursday: Toledo’s Food Truck Day.

We’ve heard the age-old story of New York City and Boston leading the way in social innovation, but surprisingly, the food truck trend has found itself thriving in more “alternative” locations, namely Portland, Austin, and Seattle. On the west coast (and increasingly on the east coast), food trucks and carts have been a city staple for decades, with cities like Portland and L.A. leading the way in mobile food: Food Carts Portland estimates Portland has over 500 food trucks, and L.A.’s first Street Food Fest in 2010 had over 20,000 attendees waiting in line for creative street snacks. (And there’s a whole other conversation to be had on the long history of street food in Asia and other parts of the globe.)

The part of that age-old story that still stands, however, seems to be the slumbering, perpetually-behind Midwest; trends only seem to reach the heartland of America after they’ve already become ordinary or even passé (think: sleek, shiny coffee shops or second-rate bubble tea). Even Chicago, the region’s most fashionable and up-to-date, hasn’t fully embraced food on wheels, although the Economist attributes that to its strict regulations and protectiveness of its restaurant business.

Yet the story of mobile food in the U.S. begins in Middle America, when in 1866 Charles Goodnight invented a wagon to feed the pioneers of Western Expansion. Eventually, vendors would start selling sausages to students outside of dorms at Harvard, Yale, Princeton, and Cornell (“dog wagons”) and in 1936, Oscar Meyer started rolling out mobile hot-dog cars, famously known as “Wienermobiles,” one of which now resides at the Henry Ford Museum in Detroit. With these humble roots, however, it wouldn’t be until 1974 in L.A. that the trend fanned into flame, when the first taco truck opened and started a spur of trendy and cheap street food options.

When I arrived on the Toledo food truck scene, accustomed to San Francisco trucks decorated with stylish street art stuffing shredded Mexican meats into smooth Chinese bao, I focused my anticipation more on the impact of the food on my tastebuds than the impact of the trucks on the city. I never considered the transformative nature of mobile food in a post-industrial, rebuilding downtown like Toledo. Conversations and voices echoed and filled in the near-complete silence of the previous days’ tours through downtown.

This food truck gathering transformed city blocks. Over in the Bay Area, food truck meetups often serve as extensions of corporate cafeterias and fit neatly into an already-bustling city work culture. These food trucks, however, were both remarkable and essential to Toledo’s downtown scene. They evoked a sense of potential and youth—a weekly sneak peek at a post-industrial landscape bustling and back on its feet.

That’s not to say it wasn’t unique: a strangely riveting rendition of “Old MacDonald had a Farm” attracted diners to the concrete planters of Levis Square, and shockingly cheap barbeque ribs, grilled cheese with its mandatory tomato soup, and hefty burgers made up much of the menu. This public plaza suddenly became truly public for a few hours, the trees looking sprucer and the water fountains taller.

At their essence, food trucks strive to be public creative outlets. Historically, their mobility was not a gimmick, but a potential to spread food and create social environments in spaces lacking eateries.

My own fascination with food trucks originated with blue windowpane taco trucks in a period before social media; when I was a child, my mother would follow these vehicles to construction sites where we would line up alongside hungry laborers seeking familiar but affordable aromas of chiles and cilantro. Today in the San Francisco Bay Area, food trucks present creative cuisine at festivals and street food parks. Especially at lunchtime, however, they serve as a reminder of the structures already in place. Parked in corporate lots, trucks provide tech industry employees with a change of pace from the cafeterias inside.

In my childhood then, as in Toledo now, the food trucks were indispensable. They are the foundation of physical and social nourishment provided by the urban center. The need for dining options in downtown Toledo is clear, with approaching Starbucks and Potbelly Sandwiches signaling the growth of a downtown workforce. And for the struggling post-industrial city, perhaps the food truck goes beyond an infrastructural need for lunchtime options; perhaps it is exactly the icon of democracy, of small business, and of social mobility we need.

They also provide emotional encouragement for a city in rebirth. The wheels parked alongside Levis Square lacked ornate murals drawn by graphic designers or menus developed through professional consulting. Instead, these trucks conveyed unfinished but brewing aspiration. They resembled the empty astroturf and the refurbished glass facades of North Summit’s lightly occupied riverfront, all parts of a Toledo under construction.

And actually, the food trucks themselves seem to be a side-effect of Toledoans’ determined yet still-a-little-unsure settling in downtown. Many food trucks in cities like L.A. or Portland are creative beginnings—automobiles hauling ideas too risky or costly for brick-and-mortar restaurants. In fact, some food trucks that find themselves successful then move toward opening permanent restaurants. In Toledo, however, it seems to be the opposite: pre-existing, mostly suburban (non-metro) restaurants are opening mobile locations to feed the downtown lunch crowd without making the plunge to invest in downtown buildings—an investment that is still a risk, as those empty streets and manicured metroparks remain that way most days that aren’t Thursday.

Several restaurants have moved in to serve the lunch crowd in downtown: Rosie’s Italian Grill, a local restaurant on the outskirts of the city near Holland and Sylvania, brought the first food truck into downtown Toledo in 2013: Rosie’s Rolling Chef. Since then, other establishments have followed suit, like Eric’s Ice Cream Factory from Bowling Green and Deet’s BBQ from Maumee.

Already-successful establishments have made the move into downtown, but Toledo has its own share of independent food truck startups (for an interactive guide for what it takes to start one, check out this creative Washington Post article). The personal touches of the trucks speak to the authenticity of their endeavors. Their names included Nick and Nino’s, Al and Zoe’s, and Jimmy G’s, for entrepreneurs presented their unembellished selves to customers. The trucks slinged similar plates, with cheesesteaks, wings, and barbecue drenching diners’ fingers. One can imagine Al and Zoe’s friends exclaiming that the duo should open a food truck. And one can measure their progress towards realizing dreams that remain ephemeral for many others.

Each bite of parsley-flecked fried perch or grilled cream cheese sandwich evokes a spirit of  fledgling creation. Dining on this row means consuming and supporting local dreams. The food trucks are part of a larger movement of creativity and democracy. At Levis Square, Toledoans affirm their city’s potential through this universal medium of food.

Those blue windowpane taco trucks in the parking lot of my memory appealed to my seven-year-old self’s sense of adventure. The trucks transformed dirt and concrete expanses into eager excitement of what was to come while I waited for the windows to roll up over handwritten, construction paper menus. Perhaps Toledo’s food trucks instill a similar sense of imagination. Alongside deep-fried hot dog pockets and sriracha mac and cheese balls, the trucks assert a vision of an entrepreneurial and communal Toledo. In addition to infrastructure, a city needs vision to fill up its public spaces. The food trucks provide inspiration that individual dreams might turn the astroturfed lawns and empty storefronts into incubators of local traditions and culture—that Toledo might reclaim this Middle American tradition from a weekly event to an everyday reality for the post-industrial community.