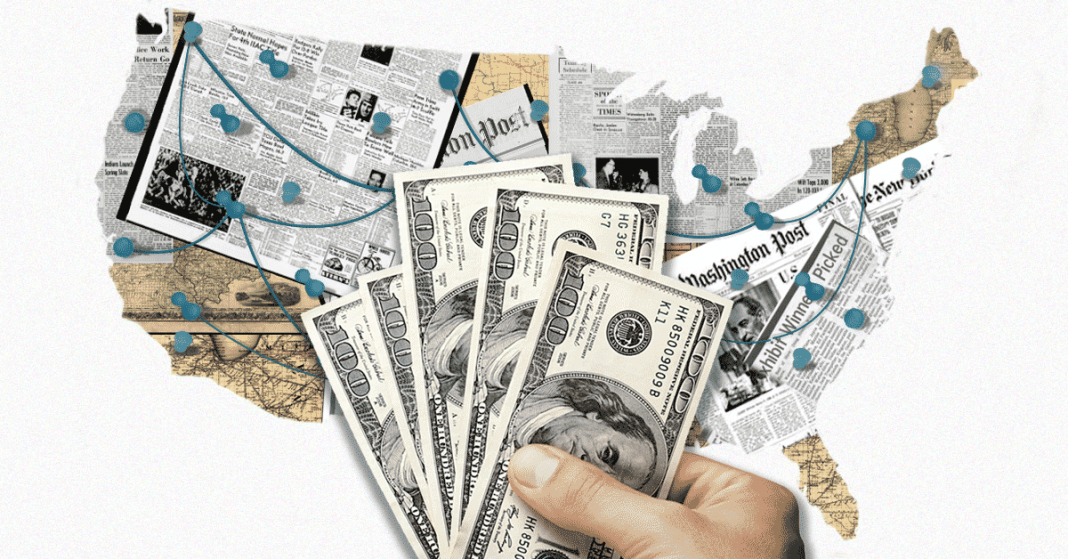 As a local activist and network engineer, Sean Nestor recognizes the importance of access to information. But even as an internet expert, he was unable to find basic information on Toledo city government while conducting research on labor ordinances. Now, he worries his community’s recent history is fading away.

“Anybody trying to find out what the culture and the views of the people of Toledo and the issues that people were talking about and the triumphs and the losses that people experienced,” Nestor explained, “I think all of that on the current trajectory is set to completely disappear.”

Earlier this year, in efforts to salvage the city’s past, Nestor led a project restoring the archives of the Toledo Free Press, an award-winning weekly newspaper that shut down in 2015 due to financial troubles. Through fundraising and volunteer participation, the project made thousands of articles on Toledo’s government, sports, culture, and community once again available to the public.

Nestor’s concerns about gaps in coverage and information are founded upon one of the most fundamental obstacles facing local journalism today—a lack of funding.

Local journalism outlets across the nation are struggling to survive funding challenges, and therefore, to continue providing adequate and accurate information to their communities. Between 2004 and 2019, the number of local newspapers in Ohio declined by 39 percent (and 38 counties in Ohio have only a single newspaper left). Many of these papers succumbed to financial struggles. Lucas County, the county in which Toledo resides, has only one daily newspaper, The Blade, and a few weekly newspapers among other digital-only publications. Journalists at The Blade have not received a raise in 14 years.

To survive now, local journalism outlets must adjust to the new realities of the news industry: the switch from ad-based revenue to consumer-based revenue, the rising importance of the hyperlocal focus and the possibilities of nonprofit funding.

The most immediate threat to local journalism in the U.S. is the loss of revenue, especially revenue coming from advertisements. Advertisement revenue dropped by two-thirds in the last decade, according to Tim Franklin, Director of Northwestern University’s Local News Initiative. Because of the current COVID-19 pandemic, that last third declined by 30 to 40 percent midway through 2020.

The Toledo Free Press was among those that could not overcome the loss in revenue, even in pre-pandemic years. After ten years of publishing, from 2005 to 2015, the paper was shut down. Entire sources of revenue had disappeared, as job and apartment listings moved to online platforms like Cragislist and Indeed.

“Back in the day, garage sales, auto, help wanted was huge,” said Tom Pounds, founder and former publisher of the Toledo Free Press. “Not anymore. [Now] you wouldn’t even dream of going into a newspaper to find a job.”

The challenges of advertisement revenue are constantly increasing. COVID-19 is crippling businesses that would typically spend money to advertise in local papers. This further jeopardizes the sustainability of the advertisement revenue model and pushes local journalism in the direction of consumer revenue.

Unlike advertising revenue, consumer revenue is focused on the people whom the outlets serve. It relies on the ability of a publication to produce content that attracts loyal subscribers and to maintain a relationship with them. While this strategy isn’t necessarily a negative one (and organizations have been utilizing it at least in part for much longer than just recent years), it often requires compromise on the part of the organization; content that people want isn’t always the same as what news is most important.

In the past, people could purchase an entire newspaper just to read the sports section, but, with their purchase, they’d still be subsidizing the corruption investigations and daily town hall coverage crucial to the life of any town. Now, readers can pick and choose where and what they read (and who doesn’t like to pick whichever site is free?), forcing local news to be more and more concerned with content that will increase revenue than with content for the public good.

Even if done well, however, the shift to the consumer-revenue model requires thorough planning and robust strategy, something many small news organizations just simply don’t have the bandwidth or personnel to take on.

“You can’t […] wake up one morning and say, ‘Oh, I think I’ll just get most of my revenue from readers,” Franklin explained. “You really have to change your whole organization, your culture, your way of thinking. It’s not just like flipping a switch.”

One of these changes is simply providing unique content for which the reader is willing to pay. In the local news industry, especially in Midwestern cities where outlets are not competing with names like the New York Times and the Washington Post in local coverage, newspapers can gain readers by providing hyperlocal coverage unavailable elsewhere.

“By virtue of being local—that is now what makes you unique,” Rachel Davis Mersey, a professor at the University of Texas at Austin specializing in news consumption, said. “There’s so much content out there. There’s actually not a tremendous amount of local content.”

The effectiveness of this hyperlocal focus is now becoming more evident than ever before. Local newspapers have been noting an increase in subscriptions since the emergence of the pandemic. Americans are now more willing to pay for information about school reopenings, stay-at-home orders and face mask requirements in their cities. While Franklin says it is still uncertain whether these crisis subscriptions will stick after the pandemic passes, now is an opportune time for local outlets to explore what specifically attracts readers and what makes them stay.

The number of subscribers is not the only metric of success related to the audience. Local news outlets must also consider ways to cultivate a community among their readers. These can range from something as simple as selling tote bags plastered with a newspaper’s logo to more complex methods, such as more actively responding to readers’ emails and comments.

While the shift to reader revenue is gaining traction, some local newspapers are headed in a different direction. They’re not seeking the much-needed financial support from their advertisers or readers; instead, they’re trying to acquire it from donors.

The nonprofit model, through which outlets rely on grants and donations, is garnering attention in the world of local journalism. Researchers are studying its feasibility as a replacement for traditional funding models.

Some experts note its flaws. According to a working paper co-published by the Harvard Kennedy School and Northeastern University’s School of Journalism, there are several challenges that make nonprofit funding unattainable or unsustainable. First, two-thirds of the foundations supporting media and news nonprofits are based in the Northeast and the West Coast. These geographic disparities create “nonprofit media deserts” and “[leave] many states and cities lacking a significant news nonprofit presence.” Therefore, newsrooms in regions like the Midwest are less likely to secure nonprofit support.

This geographic divide is exacerbated by the fact that “money follows money.” Local newspapers that have received sufficient funding in the past are able to grow the type of following and expertise that attracts more funding. In this positive feedback loop, regions and outlets that historically have been excluded from nonprofit funding are pushed further away from the resources they need.

Even community organizations in Midwestern cities are not directing their attention to local media. For nonprofit journalism to succeed in the Midwest, John Wihbey, assistant professor of journalism and media innovation at Northeastern University, says there needs to be a concerted effort to advocate for local journalism in front of community foundations and philanthropic programs.

“So many communities house existing philanthropy and support the arts. They support education. They support health care and hospitals,” explained Wihbey. “They haven’t really thought about these sort of original newsgathering entities.”

The Toledo Free Press’ Tom Pounds is currently evaluating the prospects of the return of the newspaper as a digital news nonprofit. The switch to digital news will eliminate printing and distribution costs. And he believes he will be able to secure sustainable funding through donors.

“What we did for ten years is we had a quality newspaper […] we were the best weekly in Ohio,” Pounds said. “And since we did that, we have a brand now. And so if we came back again with the Toledo Free Press digital version, I think it would be alot easier to kick it back off.”

The Free Press would not be the first to transition to the nonprofit model. The Salt Lake Tribune, a Pulitzer Prize-winning independent newspaper in Utah, was approved for 501(c)(3) nonprofit status in October 2019. It can still offer subscriptions and earn advertising  revenue, but its nonprofit status allows it to also receive tax deductible donations. Despite all changes, the Tribune reaffirms its “dedication to fairness and accuracy” and promises that “no donor or gift will be able to direct the organization’s reporting on issues, people or organizations.”

This article is an installment of the Local Journalism Project.

Delaney Murray and Remy Reya contributed to this article. 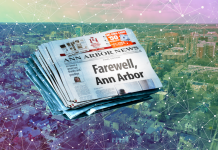 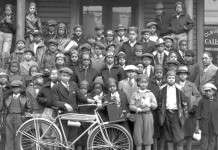 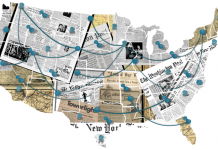