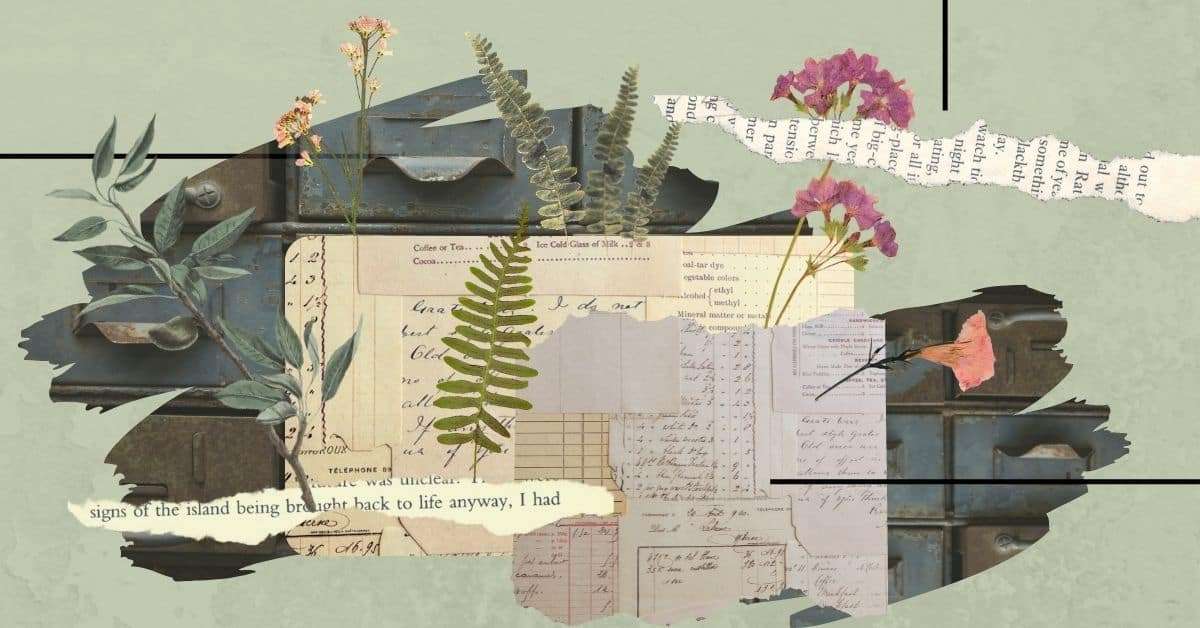 The old card catalog at the Lyon Township Public Library (LTPL) in Michigan fell out of use after the library’s infrastructure went online. An outdated but iconic relic of days gone by, the many-drawered, label-covered structure now houses the beginnings of tomatoes, zinnias and basil, among other plants.

LTPL introduced their seed library in 2013, and they’re not the only ones sowing interest in local gardening. Libraries across the country have started collecting and storing seeds for library patrons to “borrow” for their own use. Much in the same way that anyone in a community can use their free library card to check out books, people can check out seeds from the library, and in some cases, collect seeds from their plants once they grow to “return” to the library’s collection.

LTPL has since expanded their gardening-related services into a program called LTPL Grows, which includes a demonstration garden and classes for interested community members.

The concept of saving and sharing seeds within a community is not a new one, but pairing seed libraries with traditional ones is a way to ensure easy access for greater numbers of residents and to create a sense of community around local gardening. For gardeners of all levels of experience, seed libraries offer a low cost way to try different types of seeds while bonding with others over shared interests and knowledge.

When Quackenbush realized that many of her neighbors were immigrants, particularly from India, who missed the plants they could grow in their home country, she saw an opportunity to use the seed libraries in a new way.

“I really researched the types of things that people from India are longing for…and some things just can’t be grown in Michigan; we don’t have the same climate, but there’s lots of things that can be,” Quackenbush said. “I think that’s probably one of the most fulfilling things is being able to hunt down and provide seeds for people who love to garden and miss the things that you just can’t buy in a grocery store here.”

One of the goals of seed libraries is to create a stronger connection between the patrons of the library and nature, but the seed programs also serve as an opportunity to form connections between libraries across the state or region. For example, LTPL is a part of the Michigan Seed Library Network, which helps libraries share resources and ideas.

“Providing folks with the seeds that they need to grow their own food is important. People having access to the seeds is critical, so of course, the seed library fills that function by making sure people have access to seeds. But then we go a step further, by helping people understand what to do with the seeds,” Bevin Cohen, founder of the Michigan Seed Library Network, said.

For Cohen, seeds represent food security and an opportunity to preserve a historical connection to the people that lived on the land or grew that food. The network helps libraries across Michigan spread this idea.

“Michigan is home to, I think as we speak right now, 125 seed libraries. And to put that in perspective, nationwide, there’s between six to seven hundred across the country,” Cohen said. “So being able to create this network has really given these libraries the support that they need to not only get their libraries up and running, but also to keep them sustainable.”

In another part of the Midwest, the Cleveland Seed Bank, a program run by the Hummingbird Project, is working to connect their community to natural resources through gardening. They are partnered with seven public library systems across Cuyahoga, Lorain and Lake counties in Northeast Ohio. Each of the twenty libraries involved make a point to only offer organic, non-GMO, open-pollinated seeds that will grow well in the Northeast Ohio climate and soil.

“We stock 20 different varieties of edible fruit, flower and vegetable seeds in the libraries,” Chris Kennedy, co-founder of the Hummingbird Project, said. “And we have a Scientific Advisory Board who helps us decide what seeds we provide that are good for our region, and good for the shortened season, and what would grow best in our region.”

The seed libraries are a way to fight against some of the most pressing problems facing agriculture today: food insecurity and the loss of biodiversity as GMOs overtake genetically diverse crops.

“One in five Ohioans is food insecure, meaning they do not know where their next meal will come from and lack access to enough food for an active and healthy lifestyle, as measured by the U.S. Department of Agriculture,” the Cleveland Seed Bank explains on their website. “Seed libraries offer opportunities to access healthy and affordable food.”

While seed libraries are not the perfect solution to food insecurity, since people still require the time, space and money to start and care for a garden, access to seeds fosters a connection with the environment and works towards the goal of providing healthy food for all people, regardless of where they live.

“In [facing] climate change and just being more food secure, that starts with being seed secure. And growing them out year over year, and teaching people how to have those skills to grow and save seeds,” Kennedy said. “We’re trying to build that community of growers and community of seed savers, so we can have that resource.”

Many gardeners may only have access to seeds sold by big-box stores, grown by huge corporations. Seed libraries fight against this homogenization of seeds by providing local, diverse options. It’s part of an overall effort to conserve genetic diversity in plants, in order to keep options open in the future for cross-breeding new kinds of seeds to address issues like resistance to heat, drought, pests and diseases.

“One of the other benefits of people growing their own seed is the seed becomes adapted to your region,” Quackenbush said. “You can adapt some of these crops, by saving seeds from the earliest ones, and, over time, adapt them to your region.”

Seed libraries can serve as a small-scale, local version of plant gene banks, which globally have conserved more than 7.4 million samples, protecting the genetic diversity of food crops. At the local level, providing a variety of seed types can help local farmers find more success each growing season. If, for example, a local gardener is able to get the seeds from their library to plant four types of beans rather than just the one type, when one of those is unable to survive a significantly hotter summer than usual, there’s still three types of beans left for the gardener.

Seed libraries are able to provide local and heirloom seeds that have been traditionally grown in the community. And when gardeners return the seeds to the library or swap them with friends after the growing season, future generations can enjoy these crops, too, all while combating a global loss of traditional food sources.

According to a report by the Food and Agriculture Organization of the United Nations, “[e]mpirical evidence points to the continued extinction of crop biodiversity whittling away at the diversity of traditional food crops that survived the last century.”

While crop biodiversity is needed to continue to feed a growing global population, there are also local opportunities to better feed our communities through seed libraries.

The Midwest’s deep connection to growing crops should come as no surprise, many people, especially those in urban and suburban areas, may have never had the chance to grow their own food.

“We’re trying to educate people where their food comes from, as well. So, you know, in the middle of the city, you ask the kids where the food comes at the grocery store, and they’re just amazed that plants create seeds,” Kennedy said. “They’re just more removed from the natural systems and processes, so it seems like this work is even more important to them.”

Across the Midwest, libraries are helping their communities become more environmentally and sustainably conscious and involved through access to seeds. The communities are seeing benefits from these seed libraries, whether through community gardens or classes on combating food insecurity.

“What’s beautiful about a seed library is each one of them is just as unique as the community itself that it represents,” Cohen said. “Taking into consideration the needs of that community, as well as its available resources, and creating a program that fits that particular niche…when we can unify over our food, you know, through our meals and in our gardens? Man, that’s some powerful stuff.”