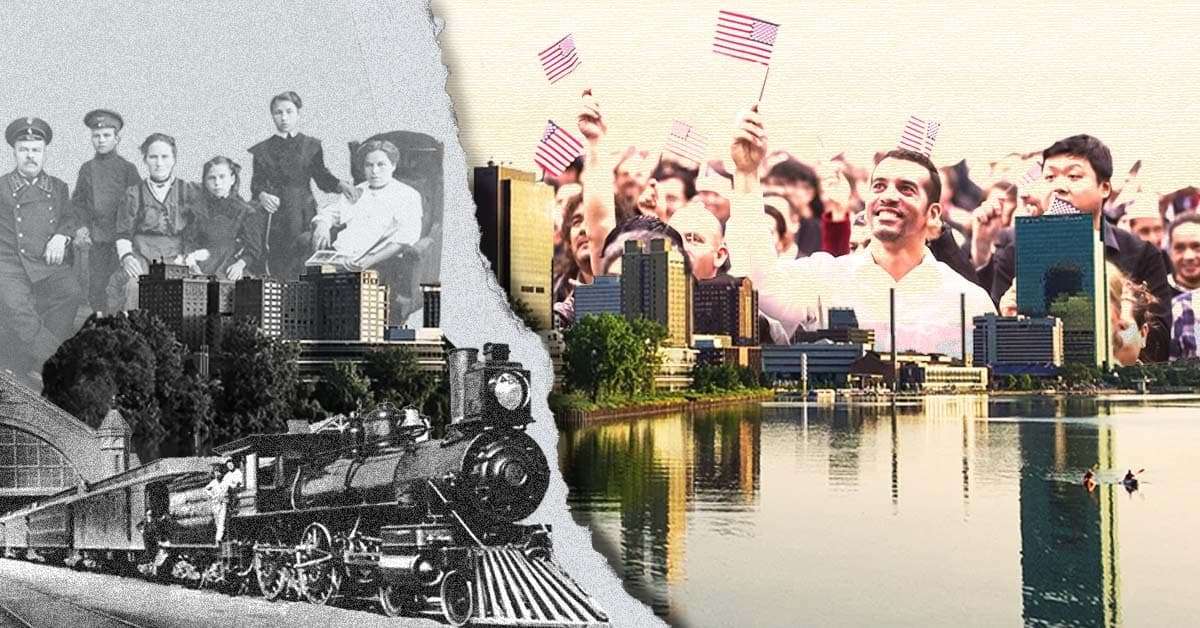 In the last half-century, Toledo has experienced intense upheaval: its population dropped by nearly 30 percent between 1970 and 2020 — from 383,062 to 270,694 — and its manufacturing economy went through a painful period of shrinking and outsourcing, with the share of Toledoans working in the manufacturing industry dropping from 33 percent in 1970 to 18 percent in 2000.

During this same period, the number of immigrants resettling in Toledo dropped to historic lows. In 2000, 3 percent of Toledo’s population was foreign-born — less than half of Columbus’s 7 percent — and radically lower than other periods in Toledo’s history, such as between 1870 and 1920, when Toledo’s foreign-born population started at 35 percent, then declined to 16 percent.

Toledo’s immigrant population, however, is slowly starting to grow, in part due to the work of advocates in the area. Between 2012 and 2017, Lucas County’s foreign-born population increased by 10.5 percent. A growing number of researchers say that number will need to continue climbing in order for Toledo to overcome ongoing trends of depopulation and economic disinvestment.

“The economy is about meeting people’s needs and wants,” Kefa Otiso, a professor of geography at Bowling Green State University, said. “If you let the population decline too much, there will come a time when you have no economy to talk about.”

On top of repopulating, Otiso said that Toledo, like many post-industrial cities, will need to reinvent itself in order to thrive in a globalized economy. To him, that means investing in the growing service economy as well as creating the conditions for new, globally-competitive industries to take root in Toledo. Reinventing the city will require more people to work and innovate, tasks Otiso said immigrants are uniquely positioned to carry out.

“Immigrants are very useful in the sense not just of meeting our labor needs, but also connecting us to global markets, which is very crucial,” Otiso said. “A business in northwest Ohio may not be the most competitive in the U.S, but it can be a competitive business when it comes to selling products in Mexico, in a number of African countries [or] in Asia.”

He said immigrants can facilitate that type of trade between Toledo and other parts of the globe because they often speak multiple languages and have connections with communities overseas that may be interested in a product. And immigrants often do start the types of businesses that could revitalize Toledo’s economy.

According to a 2019 study conducted by Welcome Toledo-Lucas County in partnership with New American Economy, immigrants are significantly more likely to engage in entrepreneurship than U.S-born residents. In 2017, 5.8 percent of Toledo’s business owners were immigrants, despite immigrants making up only 3.7 percent of the city’s population. Otiso said that the products, technologies and industries that could play major roles in Toledo’s future are likely unimaginable to us today.

“We don’t really know what [immigrants] can do until we give them an opportunity,” he said.

Although the city’s percentage of foreign-born residents has remained low between 1970 and today, immigrants who do resettle in Toledo are historically diverse. For much of the 1900s, Toledo’s immigrants came from a small number of countries, like Germany, Ireland and Britain. That’s no longer the case. According to the American Community Survey, in 2019, only 15 percent of foreign-born Toledoans hailed from European countries. Instead, 49 percent hailed from Asia — including the Middle East — 24 percent from Latin America, 7 percent from Africa and 1 percent from Oceania.

In large part, this shift took place due to changes in federal immigration policy. Between the 1920s and the 1960s, discriminatory immigration laws created a system of quotas for various countries, allowing for large numbers of Western and Northern European immigrants while heavily restricting immigrants from Eastern and Southern Europe, Africa and the Middle East. At that same time, Congress established an “Asiatic Barred Zone,” blocking nearly all Asian immigrants.

That all changed when President Lyndon B. Johnson signed the Immigration and Nationality Act of 1965, which abolished quotas based on nationality and instead prioritized immigrants with family living in the U.S. as well as highly skilled immigrants, regardless of origin. The Immigration and Nationality Act allowed for dramatic increases in immigration from Latin America, Asia and Africa in Toledo and other cities across the U.S.

The refugee resettlement system has also played a growing role in modern immigration. Unlike other immigrants, refugees must meet a set of criteria established by the United Nations. After proving their refugee status, they go through an intensive process of checks and vetting, and are eventually assigned to a country — such as the U.S. — for resettlement.

In 1980, President Jimmy Carter signed the Refugee Act into law, creating a formal system within the U.S. for screening and resettling refugees, and allowing the president to set a yearly admissions quota. That number started at 231,700, then fluctuated between 70,000 and 140,000 for much of the 1980s, 1990s and 2000s.

In 2013, US Together, a refugee resettlement agency affiliated with the Hebrew Immigrant Aid Society, opened its doors in Toledo. Refugee resettlement agencies are nonprofits that have contracts with the federal government to help arriving refugees with basic needs, such as finding housing and employment, applying for Social Security cards and enrolling in school and language classes.

Most refugees who have resettled in Toledo since 2002 come from countries like Syria, Iraq, Afghanistan and Pakistan, but some have come from Vietnam, Ukraine and various African countries as well.

The refugee admissions cap, however, was raised in 2021, and Arribas-Douglas said that moving forward, Welcome TLC and partnering organizations are preparing for increased refugee resettlement in the area.

And so, although Toledo’s foreign-born population has remained historically low in recent years, it has also become historically diverse, largely due to the elimination of restrictive immigration quotas at the federal level and the growth of the refugee resettlement system at both the federal and local levels. As Toledo considers pursuing the type of economic growth Otiso wants to see — where immigrants foster global market connections while repopulating the city — this trend of diversification could provide economic benefits.

But the type of progress Otiso envisions won’t happen if immigrants don’t want to resettle in Toledo. That’s one reason why advocates and grassroots organizers are examining what it means for Toledo to be a city that truly welcomes immigrants. Shane Lakatos, who founded Social Services for the Arab Community (SSFAC) in Toledo with his wife, Lona, said welcoming immigrants starts at the cultural level.

Lakatos said he wants to see leaders in Toledo denouncing racism and anti-immigrant sentiment within their communities. He also wants to see more effort put into educating Toledoans about the city’s history of immigration, as well as the ways that immigrants are bolstering Toledo’s economy and culture today.

SSFAC aims to address social opposition to immigration through a program called Sawa — “together” in Arabic — where Arab and non-Arab Toledoans come together at local churches and mosques to share coffee, meals and conversation. Lakatos said he hopes that the relationships built through programs like Sawa will lead non-Arab Toledoans to treat the city’s Arab community with more dignity and care.

But creating an inclusive Toledo for immigrants involves more than just social acceptance. Immigrants often face language and cultural barriers upon arrival, making it difficult for them to navigate the healthcare, education and public benefits systems, as well as to find employment. Anita Martinez-Folger, the behavioral health navigator at Adelante, a support and advocacy organization for Toledo’s Latino population, said non-English speaking immigrants aren’t always aware of the public benefits opportunities available to them.

Private organizations like SSFAC and Adelante aim to meet some of these challenges by providing English language classes and translation services, empowering immigrants to take advantage of public benefits and working to connect them with networks of bilingual and non-English speaking employers.

Arribas-Douglas also said that international students at the University of Toledo and Bowling Green State University also face their own unique challenges if they want to stay in the area after graduation, since they require sponsorship from employers in order to remain in the U.S.

Arribas-Douglas herself came to Toledo as an international student, and she said the employer sponsorship process was stressful and difficult to navigate. Because many employers don’t understand the process, she said they may be more hesitant when it comes to hiring international students and graduates, in turn making it more difficult for these students to secure sponsorship.

“We’ve got students here who already speak English, who already have their foot in the door in our communities,” Arribas-Douglas said. “Why not give them the opportunity to stay?”

Beyond social acceptance, career opportunities and education, immigrants to the region face additional challenges. While Lakatos said that immigrants’ needs can vary widely depending on their cultural backgrounds and past experiences, mental health is one challenge that disproportionately affects some immigrant groups.

SSFAC and Adelante both work with populations that are uniquely at risk of struggling with mental health issues — refugees and undocumented immigrants. A 2020 worldwide study found that 31 percent of refugees experience posttraumatic stress disorder (PTSD) and 32 percent experience depression. Similarly, according to the American Psychiatric Association, undocumented immigrants are at increased risk of PTSD, anxiety and depression.

“We have children who board the bus and go to school, but their mind isn’t on school,” José Salinas, the director of the Ohio Migrant Education Center, said. “Their mind is on, ‘When I get home, will mom and dad still be there, or will they be deported?’ They don’t have any learning disabilities, but if they’re dealing with that mental stress, the teacher won’t ever be able to connect with them.”

Lakatos said he would like to see training for staff at Toledo’s schools to recognize the signs of PTSD and other mental illnesses, especially among at-risk students, so that families who need mental healthcare can receive it.

Otiso said that city policy has a large role to play in making Toledo a welcoming and attractive city for immigrants. Law enforcement is one area where he would like to see the city take immigrants’ needs into account. Otiso said Toledo should craft a law enforcement approach that works to build better relationships with immigrant communities and emphasizes that “the police are not immigration officials.”

When local police forces act as strict enforcers of immigration law, some immigrant communities, especially undocumented immigrants, stop reporting crime out of fear that they will be deported. According to a 2013 study conducted at the University of Illinois at Chicago, 28 percent of U.S.-born Latinos, including those who were documented, were less likely to contact police about crime if they thought officers would inquire into their immigration status or that of people they knew.

If Toledo can make itself a truly welcoming place by addressing cultural prejudices, creating support for immigrants, and reinvesting in its public infrastructure, Otiso and others think that immigration could address the challenges of depopulation and economic turmoil that have plagued Toledo in the last half-century.

Along with population growth, these new, diverse communities could bring entrepreneurship, global market connections and cultural value to Toledo in the 21st century. But the role immigrants play in Toledo’s economy is not without controversy. In the next part of this series, we will examine the role immigrant workers play in Toledo’s agricultural industry, and the connection between immigrant and labor rights in the region. 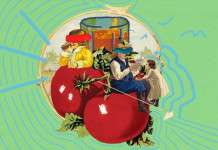