The Toledo we know today was made in industry and manufacturing; WWII and the subsequent economic boom made Midwestern city centers the iconic American home as factory jobs burgeoned. What was once swamp became farms and industrial complexes, and today’s post-industrial Toledo is on the cusp of urban development. Throughout this fluid, ever-shifting identity crisis, few institutions have survived, and even fewer have flourished. How do successful institutions in Toledo resist becoming outdated, and can they take Toledo’s uncertain and fluid identity as their strength rather than their downfall? As technology threatens to overturn industry jobs, how do institutions that constitute Toledo’s legacy remain relevant?

“Al Samborn had a vision to return home…”

After World War II, in 1948, Al Samborn had a vision to return home from his time in the military to start an engineering firm, now an interdisciplinary engineering and architecture firm called SSOE. For 70 years, the firm’s headquarters has been located and cultivated in Toledo, a city whose foundations are dramatically shifting within complicated world dynamics. Between wars, political changes, and economic booms and busts, the region’s most defining institutions and businesses have for one reason or another persisted in making (and keeping) a home here.

For SSOE, engineering for agriculture made way for support for industry, including the automotive industry (think Ford, Nissan) and manufacturing companies like Libbey Glass, another iconic Toledo institution. After growth throughout the second half of the twentieth century, SSOE is attempting to adapt once more for the technological age as Toledo’s identity shifts in our current post-industrial era. While SSOE continues to move industries and refine efficiencies in logistical operation, the firm is not remiss in considering this millennium’s digital trend, seeking to supply new technology and cultivate new markets to propel Toledo beyond its manufacturing past into an inevitable post-industrial future, which is very real and very much here.

Yet even as it founds offices in huge megalopolises and technological centers like Chengdu and Shanghai, SSOE still holds true to a deep root in a seemingly insignificant city like Toledo. The SSOE Headquarters in Toledo works out of retrofitted Goodyear Tire and Rubber Company Facility, maintaining features true to the original purpose of the building, such as a ramp original to the production line. Other companies, namely new Toledo giant ProMedica, have followed suit in their commitment to “home” and adapting the old for the ever-looming future, renovating buildings from our industrial past such as the steam plant on the city’s waterfront. Each of these retrofits seems to signal renewed investment in the past for an impending new future. The recent energy and investment of these leading institutions in downtown point to the flux and change on the horizon.

But reclaimed architecture embodies a larger lesson: Toledo has never had a stable identity for its inhabitants and invested institutions to hold onto for more than fifty-year periods at a time, so the old requires constant innovation for the new. Toledo is in need of defining a new meaning and dimension for the city’s existence. The “old nature” of work, which once defined the city, is also disappearing as global trends and automation are undeniably changing the landscape of a once stable, distinctly American way of life. And Toledo’s historic institutions have faced this time and time again, needing to be flexible and innovative—not simply scrapping the old, but repurposing, rediscovering, and renewing our past to pave the way for a substantiated future.

“Toledo is in need of defining a new meaning and dimension for the city’s existence.”

Why all the effort, when it could be more profitable simply to outsource elsewhere or to shed off the old to become something entirely new? Perhaps, as was Samborn’s vision, our desire is to return home. Institutions like SSOE transformed and changed themselves for the sake of their home; instead of leaving to find a more profitable or unrestrained place of growth, they opt for change and innovation tailored to the place they call home. And perhaps the uncertainty of our identity in the instability and turmoils of a changing world has become and is still becoming Toledo’s identity; it has begotten constant innovation that preserves the old to inform and produce the new, from our original swampy origins to our precipitous urban dreams, all for the sake of home. 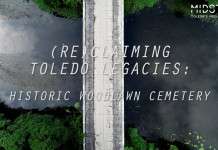 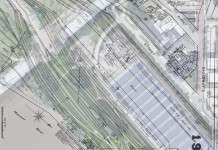 From Luxury Living to Beer Brewing: The Oliver House’s Adaptive Life Through the Centuries (Of Industries) 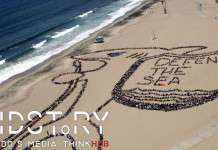 Finding a Midstory in Environmental Crisis: The Toledo Plastics Project