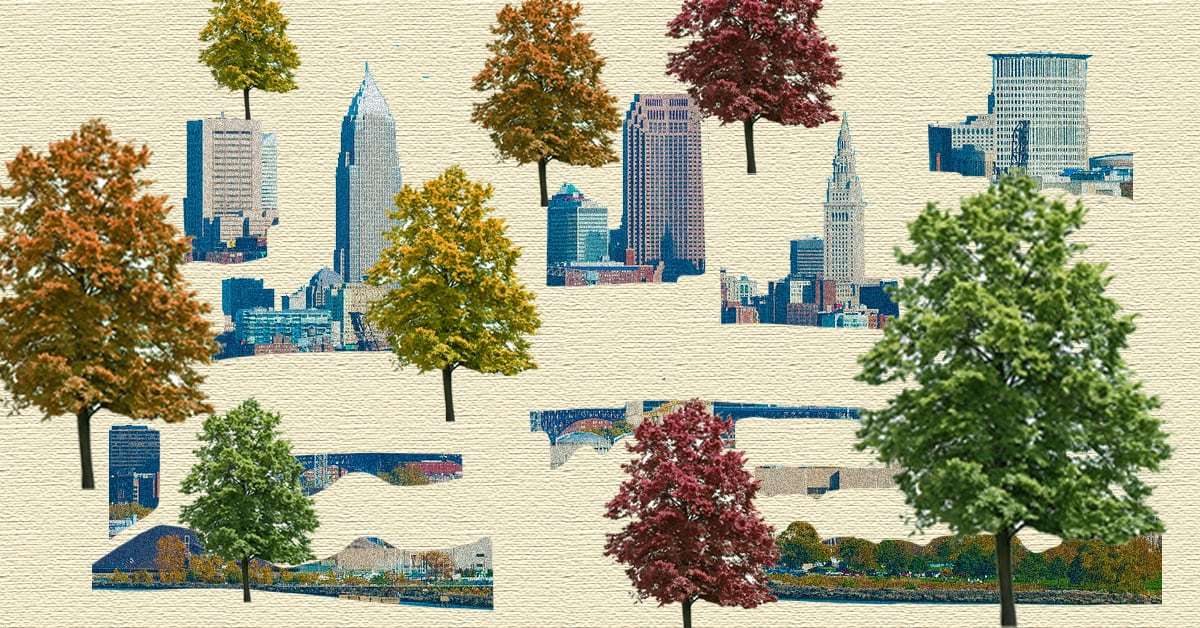 Cleveland is more well known for its industry than its greenery, so it might come as a surprise that one of the city’s many nicknames — and, by some accounts, its oldest — is the “Forest City.” This little-known toponym has adorned baseball teams, a volunteer fire department and a brewery, and is said to have stemmed from Frenchman Alexis de Toqueville’s early 19th-century observations of Cleveland, in which he recounts in wonder how such a sophisticated society could be so deeply embedded in “primeval forest.”

Throughout the city’s history, however, public and private groups alike have worked diligently to maintain and enrich Cleveland’s urban forest. Although the nickname’s origin is disputed, another source could have been William Case, who, in 1850, was the first Cleveland-born citizen to become mayor of the city. Both Case and his father, Leonard Case, Sr. — who also served in Cleveland’s government — enacted plans to plant large-shade trees and fruit trees throughout the city. This unified vision led to a thriving urban forest; by 1940, the city had approximately 220,000 street trees, compared to the more recent count of 120,000 in 2015.

Today, organizations across the city are still committed to preserving and recovering Cleveland’s urban forest and reaching the Cleveland Tree Coalition’s goal of 30 percent canopy cover by 2040. According to the 2020 Cleveland Tree Plan, tree canopy — defined as all land covered with trees with leaves on when viewed from above — provides $11.4 million in quantifiable services to city residents each year, including stormwater management, carbon sequestration, air quality purification and energy savings.

Although trees provide many benefits, because they aren’t distributed equally, “people aren’t experiencing those benefits equally,” Sandra Albro, Director of Community Partnerships at Holden Forests & Gardens, said. The canopy cover in Cleveland is skewed across social, economic and racial demographics of the city’s neighborhoods.

For example, the Central neighborhood — located on the East side of the city and whose population is 93 percent people of color — has a tree canopy cover of only 12 percent, 33% lower than the city’s average of 18 percent. Perhaps not coincidentally, it also has higher-than-average rates of asthma—15 percent — and cardiovascular heart disease — 11 percent. Lack of tree canopy cover can also correspond with increased levels of urban heat stress, increased risk of stormwater runoff and higher rates of pollution.

From 2011 to 2017, Cleveland lost 5 percent of its tree canopy cover. Unfortunately, the solution’s not as easy as simply planting more trees. “Diseases and pests, old age, and increased intensity and frequency of storms” are all major drivers of that decrease, Albro said.

Dutch elm disease significantly reduced the elm tree population throughout the city, and ash trees, which were largely planted to replace the elms, were “decimated” by an invasive insect, the emerald ash borer, according to Courtney Blashka, Director of Forestry and Conservation at Holden Forests & Gardens.

The threat diseases and pests pose to the tree canopy is exacerbated by climate change.

“Pests and diseases are moving faster than they normally would,” Blashka said, because “the trees are already stressed…[through] these huge shifts and variations of storms and the cold fluctuations…[The] insects themselves are surviving when they normally would have been killed off by the winter.”

But, according to Albro, tree canopy cover is not only a problem of the past, but “a problem for the future.” As climate change effects like urban heat islands and flooding worsen, the areas that will be hardest hit are areas with low tree canopy cover, which are often areas more heavily populated by marginalized communities.

“A lot of different companies and developers, public or private, are inadvertently damaging a lot of the trees through trenching, installing pavement and other features in and around a tree’s root system,” Blashka said.

The complex mesh of problems surrounding Cleveland’s tree population — disease, climate change, land development interests, private ownership — require varied and creative solutions. One such program addressing the issue is Tree Corps, a paid program where adults can learn entry-level urban forestry techniques with the eventual hope that they will launch a career or work for a tree care business.

Tree Corps engages local populations and, Blashka hopes, opens “their eyes to really understand how trees grow and the care that they require, so that they can nudge their neighborhood groups, who can maybe nudge their council people, who can then…help change policies, ordinances in and around trees, or attract more funds to help care for trees.”

This program also connects people to existing tree care companies and tools, knowledge and education to care for trees as they mature.

Albro described the concept of environmental behavior change, or “how you get people to change their behaviors and what strategies are effective…You can either pay them to do it, you can tell them how much it saves the planet if they do it, or you can tell them that their neighbors are all doing it.”

According to Albro’s research, the last option is the most effective, on both a small and large scale. Individually, when residents see neighbors planting trees in their yards, they’ll be more likely to plant one of their own. At a community level, once neighborhoods begin initiatives, they see a sort of ripple effect. In 2019, the first round of the Cuyahoga County Healthy Urban Tree Canopy Grant Program funded tree plans for four neighborhoods: Midtown, Detroit Shoreway, Slavic Village and Old Brooklyn. Two years later, in the second round of funding, those four neighborhoods received funding, along with new tree plans for the University Circle and Central neighborhoods, and regions like Lakewood, Cleveland Heights, and Parma.

In addition to planting new trees, which many of those plans incorporate, maintenance of current trees is key for strong urban forests. Depending on the size, a tree can cost $350 to $500 for planting and maintenance.

“Trees are infrastructure,” Blashka said. “Just as important as storm sewer systems, waterlines — any kind of electric system. [Trees] are the only piece of infrastructure that continues to increase in value as they grow, whereas everything else that’s installed begins to depreciate from the time that it’s put into the ground or built.”

Outside of the strictly “urban” forest, the areas around Cleveland can benefit from effective forest management, too — particularly when it comes to climate change.

The second most important thing is proper management of those forests. Several million acres of young forests have grown in the Northeast Ohio region over the last fifty years as agricultural land was abandoned and forest growth was allowed to run rampant.

This comes with a few challenges: one, young growth forests do not act as effectively as old growth forests in terms of ecosystems, interspecies competition or carbon sequestration. Two, the trees in these forests are extremely crowded and not biodiverse, which leaves the whole forest at risk of widespread disease and destruction. Three, unchecked growth allowed for non-native species to crowd the understory — the vegetative layer that forms the ground cover of a forest. These species — specifically glossy buckthorn and multiflora rose — form a “thicket,” which could have both positive and negative consequences for the forest ecosystem.

Most of these young forests are on privately-owned lands, which presents another challenge: lumber harvesters often approach economically-disadvantaged landowners with relatively large financial sums to clear-cut their forests. The Forest Services of nine states — including Ohio — offer a “Call Before You Cut” program, wherein private forest-owners can call a professional forester to understand the benefits, drawbacks and logistics of timber harvesting to develop a timber management strategy rather than harvesting the whole forest. This program allows owners to harvest while leaving beneficial trees in place.

Those forests can then be managed for maximum efficiency, which is what the Working Woods group investigates. The group researches multiple forest management practices, including canopy thinning, non-native species removal, planting new growth and edging between the forest and old fields.

Canopy thinning relies upon a technique called girdling, where a ring is cut around the trunk of the tree and the tree is left to stand there. Dead trees can be as critical to forests as living ones, according to Stuble. “Snags,” as they’re called, are “a habitat for insects and fungus, and woodpeckers that are gonna come eat those insects, and [they] get these cavities in them, and animals will nest in the cavities. It’s a whole habitat feature for wildlife.”

Although there are many organizations across Cleveland and the region working to solve the issue of tree management in both rural and urban areas, there is still room for improvement. When the Cleveland Tree Plan was first published in 2015, it identified a major challenge to the urban tree canopy goal: united community engagement.

“[Although] a number of non-profit organizations and volunteers are eager for involvement…most have been working independently and without a unified vision, thus inefficiently in terms of making significant progress citywide,” the plan says.

The Cleveland Tree Plan provides a “unified vision” of 30 percent canopy cover by 2040, but this goal requires planting 28,400 trees per year and intense community participation. Nevertheless, unified efforts are growing: with 54 public, private, and community stakeholders collaborating within the Cleveland Tree Coalition alongside initiatives bringing tree management techniques to the people and local governance fostering neighborhood solutions, Cleveland may be well on its way to reclaiming its title as the “Forest City.” 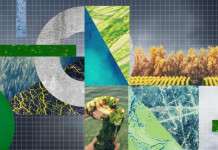