About a century ago, Ohio was covered with an extensive system of electric passenger railroads called interurbans—a short-lived but well-loved era in the state’s transportation history. Today, public transportation funding almost exclusively goes toward highway projects, and, in many places, it is nearly impossible to travel conveniently without a car. While Ohio may no longer be a model hub for mass transit, the proposed new Amtrak routes in Ohio and the transportation promises in the new national infrastructure plan are catalyzing conversations around the possibilities for public transportation in the state. But to understand where we’re going, we need to look at how we got here.

Historically, transportation in the Midwest has tended to be more of a succession of technologies that replace one another, rather than an integrative, intermodal systems that builds upon itself; as swiftly as railroads and light rail (including interurbans) had replaced the 19th-century canal system, the Midwest quickly put all of its stock into the rising auto industry when the time came, leaving little more than rusting infrastructure behind.

Since the advent of the affordable automobile and the paved road, cars have remained the norm, especially in more spacious regions like the Midwest—often to the detriment of existing and potential public transit systems.

“We have public transportation, a service, including buses obviously, and then the car, a servant. You can go any time you want,” Dr. Roger Grant, transportation historian and author of Electric Interurbans and the American People, said.

Now, for many Ohioans, cars are the only option for travel.

“Critics will say, ‘Well, America loves its cars.’ Not necessarily; it’s not a love affair. And if it is, it was a shotgun marriage,” Stu Nicholson, Executive Director of All Aboard Ohio, said. “I like to drive. I own a car, but I don’t want to feel like I have to drive.”

But Ohio’s love for cars can be seen in its budgeting.

As indicated by ODOT’s 2020 budget, over 180 times more money is being spent on highway operating costs than non-highway operations: approximately $902 million versus about $5 million. According to the American Association of State Highway and Transportation Officials, Ohio spends only $0.63 per capita on public transportation, leaving it in the bottom ten states in the country.

“There is a history here, in Ohio, of opposing spending state money on intercity rail passenger service,” Sanders said.

“There is no equivalent of Amtrak for intercity buses, and if you do some research into that area, you’ll find that many communities have lost intercity bus service, not just in the United States, but also in Canada, as well, over the past couple of decades. So it’s really a situation in the Midwest where most of the intercity transportation is private automobile and some air service,” Craig Sanders, author of Amtrak in the Heartland, said.

Much of the conversation today around public transit boils down to these (perhaps over-simplified) dichotomies: buses versus trains, and dependent versus choice riders.

“So I look at it two ways: I look at public transportation providing mobility and access to people who are transit dependent—who have no other alternative,” Kim Dunham, CEO of the Toledo Area Regional Transit Authority (TARTA), said. “The other component that I think we really need to get people thinking about here in Toledo are choice riders, people who actually choose to use public transit.”

This historical divide between buses, trains and even automobiles, however, is at odds with the fact that most cities with successful public transit systems recognize the need for intermodal options. For example, one of the few public transit systems in the U.S. where ridership is actually growing is in Seattle, where there have been concerted efforts toward investing in and even linking both the rail and bus systems.

“If you look, for instance, up at the Downeaster service that runs between Boston and Portland and up into Brunswick, Maine, they actually have a parallel bus service that runs at times that are opposite from the train times,” Nicholson said, “Public transit and intercity passenger rail can truly act intermodally if there’s enough intercity passenger rail service to justify it.”

Unfortunately, the lack of investment in and attention to public transit has created a challenging situation—and, for some, more challenging than others. Dependent and choice riders often fall disproportionately along racial lines. In urban areas, 34% of Black residents and 27% of Hispanic residents use public transportation on a daily or weekly basis, while only 14% of white residents fall into that same category.

It’s these dependent riders who are hurt most by transportation systems that prioritize private auto travel over a healthy ecosystem of methods; as is usually the case, the answer is about cooperation and a diversity of fair, convenient options rather than “one or another.”

Even choice riders, who do not depend on public transit, feel the effects of the lack of public transit options. As transportation funding continues to almost unilaterally benefit highways and private cars, the choices for these riders are far more limited. As for those who rarely or never use public transit, fewer public options means more traffic congestion on highways.

Having diverse options also means meeting diverse needs. For instance, while roads are useful for versatility in transporting both private and public vehicles, railroads tend to be easier for passengers to use. Rail systems tend to be easier to “read” than bus systems, as riders can see clearly what directions the tracks are heading, and maps are usually unambiguous. With a bus system, riders have to do a little more work to ensure they are going to the right place. Some also note that trains tend to be more comfortable than buses, but this may be more of a symptom of the fact that trains tend to serve choice riders who have more socioeconomic power and thus are often given cleaner and more comfortable accommodations.

In the long term, electric rail as part of an intermodal system can also support economic growth. A century ago, real estate values near interurban tracks skyrocketed, because interurban access was in high demand. As a result, the system was able to run the same routes several times a day. Today, light rail systems generally increase both land and property values and can be a part of economic development when combined with proper land-use planning.

On the other hand, rail is inherently more expensive than bus transportation, as it requires the building of new infrastructure. Buses and cars run on the same roads, most of which already exist as part of legacy systems and can serve many passengers going to different destinations. That said, electric rail is less expensive long term than buses, as railcars have a higher capacity. This theoretically means running fewer vehicles with fewer drivers while still serving the same number of riders. But that’s just it—it’s theoretical because the benefits rely on factors such as ridership and frequency of service.

“I think that’s one of the biggest challenges. What I see here is that perhaps we have two times per-day passenger rail coming to the Toledo train station,” Dunham said. “You have to intentionally say, ‘I’m going to inconvenience myself’ to ride a system like that, [or] ‘I’d be willing to leave at 4:30 in the morning and come back at 8:00 at night.’ So that’s the real question. How can you get enough people committed to a mode to use it?”

In the age of the automobile, rail has not been held in high demand by passengers, but that may be changing. Since 1990, light rail has remained a very small share of public transit use in America, but it has had the most growth of any type of public transportation by far at 343.7%. This matters because passenger rail is only relatively inexpensive to implement if demand is high.

Looking back on the history of transportation in Ohio, we can see that investing heavily in single modes of transit may have been too shortsighted a plan; creating a holistic system that supports a number of transportation options, including public buses, private cars and railroad options is no small task, but it may be what is needed to pave a better way of getting around the Midwest.

For Nicholson, the answer involves thinking for future generations: “Those of us that have got kids or grandkids, what kind of a world do we want to have for them in terms of how they travel and how they access jobs, education and healthcare?” 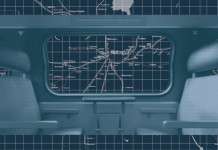 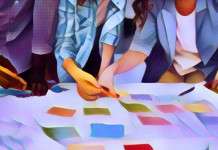 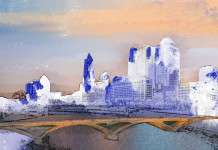