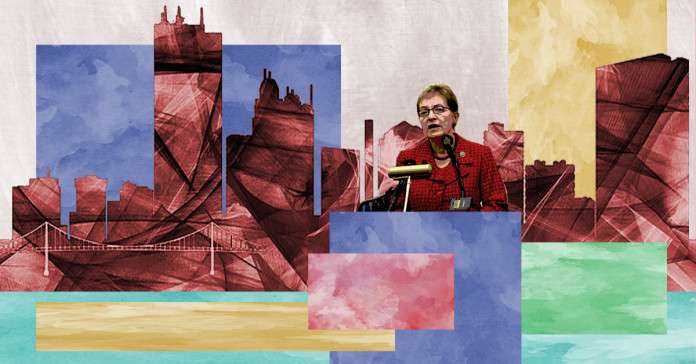 In post-industrial cities across the Midwest, the struggles of population loss, low wages and aging infrastructure remain as barriers to the economic revitalization of once-thriving manufacturing hubs, and Toledo and Cleveland are no exception. The new House Select Committee on Economic Disparity and Fairness in Growth, which House Speaker Nancy Pelosi (D-CA) announced on Dec. 30, 2020, aims to address these issues, and Toledo’s Rep. Marcy Kaptur (D-OH) will be a member, focusing on regional economic revitalization.

“I am eager to work with my colleagues to bolster the foundations of middle-class prosperity and make real progress on ensuring our economy works for all,” Kaptur said in a public statement.  “Let us assemble the best ideas and recommendations to lift all the people in our country, surely those whose livelihoods and regions have been battered economically or have historically been left behind.”

Kaptur, whose district stretches for over 100 miles along Lake Erie from downtown Toledo to downtown Cleveland, and includes roughly 700,000 residents, will have a host of challenges to contend with if she is to fulfill this mission. According to Zach Schiller, research director at Policy Matters Ohio, one of the primary issues Toledo faces is the lack of jobs available, caused in part by the decline of manufacturing in the region.

“I don’t think that we’ve really found a replacement for the manufacturing sector that for so long was the thing that allowed us to outperform the country,” Schiller said.

Experts on Midwest economies have clear ideas about what can be done to uplift post-industrial economies like Toledo’s. While some of these solutions are more likely to be implemented at the state and local levels, John Austin, director of the Michigan Economic Center and nonresident senior fellow at the Brookings Metropolitan Policy Program, the Chicago Council on Global Affairs and the Upjohn Institute, said there are ways federal officials can help regions that are “in transition.”

“We need […] a national strategy that focus[es] resources and attention on communities like Toledo, [which] are in transition from ruling the industrial era to finding their footing in a different knowledge economy,” Austin said.

Austin explained that Kaptur can throw her support behind federal initiatives to provide funding for various projects to invigorate the Midwest, including worker retraining and education. Austin pointed to a 2007-2010 program in Michigan called “No Worker Left Behind,” which provided up to two years of free tuition to people seeking a degree or certificate in a “high-demand occupation or emerging industry.”

“I really want to see more funding tied to workforce development, but also education, because I feel like those two are what ties into people’s ability to participate in a local economy,” Dr. Tiffany Whitman, Toledo City Council member at-large, said.

But it’s not just the decline of more traditional industries causing economic problems for the Midwest—it’s also the growth of other sectors, particularly low-wage ones.

According to the Bureau of Labor Statistics, food preparation and service jobs are the fourth most common career type in Toledo, with roughly one in 10 jobs falling into that category.

“What we have seen, broadly speaking, is growth in more low-wage kinds of jobs—service sector jobs—which ironically were harder hit during the pandemic because so many of those were public-facing frontline jobs,” Schiller said.

Healthcare jobs, such as child care and care for the elderly, have grown as well, but they are also relatively low-paid, a fact Schiller says is at odds with our society’s reliance on and supposed appreciation of care occupations. To address this, Schiller recommends that Kaptur support raising the federal minimum wage to $15 per hour.

Another recommendation Schiller and Austin have for Kaptur is securing funding for infrastructure, whether that be downtown redevelopment or expanding internet access.

Internet access is an important factor in economic participation. It is estimated that roughly 1 million Ohioans currently lack access to high-speed internet, making it difficult for children to complete online assignments and for adults to apply for jobs, especially during the pandemic.

“We have the biggest infrastructure deficits in Toledo—in the Midwest—because ours is aging,” Austin said. “It was built for this big industrial era; it’s 125 years old.”

According to a report issued by the American Society of Civil Engineers, Ohio’s infrastructure received a grade of C- in 2021, while the state’s drinking water scored a D+ and its roads and levees a D.

“There isn’t a single solution, but the broad solution lies in a public sector strategy that makes substantial investments in the kinds of infrastructure and services that will not only themselves employ people, but allow for future potential economic growth,” Schiller said.

In this vein, Whitman would like Kaptur to try to secure more funding for small businesses, especially minority- and women-owned ones that can create jobs.

Despite the issues clouding Toledo’s economy, Austin believes the city has a bright future.  Kaptur and other Toledo politicians can help Toledo transition to a 21st-century economy by pushing for investment in key areas, particularly infrastructure and workforce development.

“People want to live and work near the water,” he said.  “You’ve got arts and cultural institutions and history that [are] tremendous. It’s a very attractive community if you fix it up a little bit.” 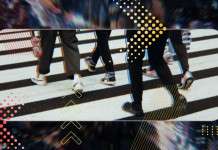 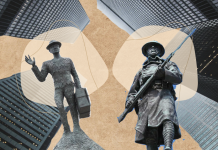