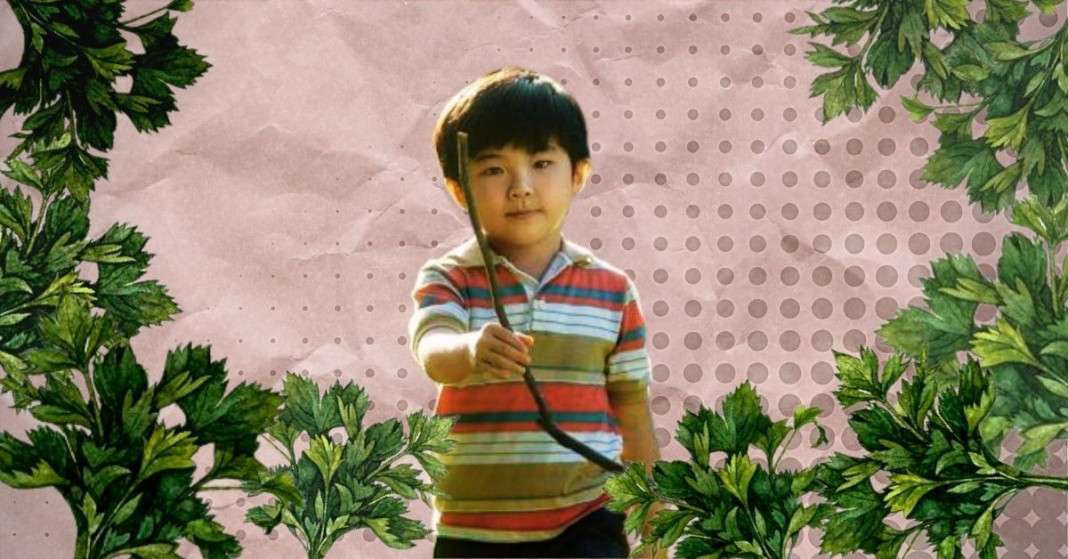 Stirring and gentle, “Minari” is an ode to director Lee Isaac Chung’s childhood. The 2020 film tells the story of a Korean-American family who leaves California to make a life in rural Arkansas.

Jacob, the family patriarch, is eager to start a farm to sell Korean produce in the city. Once they arrive on the property, his wife Monica is crestfallen — she sees only a rickety mobile home in the middle of nowhere. Her concerns are not only for their social life but for her son, David, who has a heart condition. Like in California, Jacob and Monica sort chicks at a hatchery, but the work clearly makes Jacob miserable. He is far more excited about the potential of their large and fertile plot of land and continues farming on the side. (He says, “My dream is 50 acres,” to which Monica replies “That land is your dream?”) Whether it’s a culture clash between David and Monica’s mother Soonja, their well drying up or Monica insisting that they move back to California, tensions continue to rise.

Although Arkansas is technically in the South, the film has ties to the identity and imagery of “Middle America”: Chung had originally wanted to make a film adaptation of Willa Cather’s My Antonia, a 1918 novel about a Czech immigrant girl and frontier life in Nebraska, because it reminded him of his own upbringing in Arkansas. When he found out Cather wouldn’t have wanted her novel adapted, he decided to take her advice to “remember” and draw from his own memories. In an LA Times article, Chung writes, “We worry that our provincial life experiences won’t gain the approval of urban curators, so we assimilate ourselves to other, more sophisticated voices.”

His intention to be authentic to his own experiences explains the unfussy and slice-of-life quality of “Minari.” Issues of Asian-American identity are not heavy-handed, and take a back seat to themes of survival, faith, and isolation in a sparse and lonely landscape.

The film follows the Yi family through their ups and downs as they learn to commit to home, whether it’s a person or a place. Over time, their house on wheels becomes decorated with a mish-mash of items: refrigerator magnets, religious imagery, wooden figurines in hanbok on top of a retro television that the children (and grandmother) are hooked to.

“Minari” has been widely lauded as an “immigrant story,” a label Chung isn’t fond of. For all its simplicity, “Minari” evades categorization as a clearcut immigrant narrative. (The Yi family is so much more than Korean-American, and Monica wishes to return to California rather than Korea.)  I invite viewers to instead read the film as a story about rural American life that is complicated by immigrant identity. The pastoral setting and all its physical elements shape the Yi family’s experience, leaving them with nothing but the land and each other.

In her review of the film, Alyssa Songsiridej writes that “homesteading narratives” like My Antonia and “Minari” are stories driven by the hardships of a remote farming life and that, “[i]n such tales, the landscape becomes a character.” In “Minari,” the four classical elements — air, earth, water, and fire — take turns introducing challenges and progressing the story. They can be dangerous and unpredictable, but also healing and restorative. If land, or the force of nature, is a character in itself, it is much like the grandmother, helping tensions rise to the surface and strengthening the Yi family’s bond.

Manifesting as a tornado, air (or wind) is what makes Monica realize that their new hometown is not only remote, but actually dangerous — and also results in her first fight with Jacob. Jacob rushes to protect his most fragile plants but does not seem panicked about his family’s safety. Meanwhile, Monica’s eyes flash with alarm at the tornado watch on their television, and she blames Jacob for bringing them to a place not fit for living.

The argument quickly escalates beyond the topic of their move. Monica criticizes Jacob for sending too much money back to his family and leaving none for their children. At the same time, Jacob expresses his responsibility as the eldest son. (As a result of economic opportunity abroad and values of filial piety, the need to support extended family is something many Asian immigrants might relate to.)

Jacob also vents about the suffocation he felt in California and his frustration at the thought of chicken sexing for the rest of his life. Clearly, the spaciousness of their property is not a source of loneliness for him, but rather of freedom, autonomy and possibility. Their differing reactions to the new place call to mind Ashoke and Ashima from “The Namesake” (2006) — an Asian American film which, unlike “Minari,” is much more blatant about representing the immigrant story.

Between their retorts, the camera moves between the speakers’ faces as though from the eyes of the children (who later pelt their parents with paper airplanes as a distraction). The argument is punctuated by a crack of thunder and is resolved with the decision to bring Monica’s mother to live with them and babysit the children. The tornado warning not only forces the couple to lay bare their grievances and thoughts about their new home, but also results in a compromise that further overturns their life.

Upon arriving at the property, Jacob pulls out a fistful of dirt and shows his wife its rich color, to which an incredulous Monica replies “That’s why you chose this place? Because of the dirt?”

The film’s scenery of sprawling grasses and sparse human settlement evokes the painting Christina’s World and justifies the helplessness Monica feels. For Jacob on the other hand, the earth makes him feel empowered and invigorated— It’s the element he is closest to. He often says that he will grow a “garden” for his family — a “farm” just doesn’t have the same connotations of delight and abundance.

As fertile as it is, the earth retaliates at efforts to be tamed and in the process, brings the couple together. After a long day of digging, Jacob’s soreness leads him to ask Monica for help washing his hair. A contrast to their seemingly endless conflicts, this is one of the most intimate moments in the film. Jacob hangs his head in a show of vulnerability but also tells Monica, “I’ll take care of us,” a promise repeated by both of them throughout the film.

But while Jacob has faith in the land and Monica in God, they lack faith in one another. The couple has to learn to speak one another’s “languages”: Jacob eventually takes the family to church to make Monica happy, recognizing her need for community. And by the end of the film, Monica learns to support Jacob’s interest in farming as well.

No one dreads Soonja’s arrival more than David. He’s cheeky, adorable and loves Mountain Dew, but his grandmother’s presence makes him keep his grumpy face on. Her rowdy, blunt personality is at odds with everything he expects a grandma to be (“They bake cookies! They don’t swear! They don’t wear men’s underwear!”).

In their arguments, water — or other liquids — often appears in the midst of conflict: Soonja exposes David for wetting the bed, makes him peculiar soup-like home remedies, and gets him in trouble for pranking her (by switching her Mountain Dew for urine). After that particular episode, the entire family has to congregate. David’s father threatens to beat him, and Monica, of course, blames their new town: “It’s hillbilly, so David lost all his manners.”

But Soonja also uproots his coddled, sheltered life by encouraging him to run and play despite his heart condition. The two of them spend time together planting minari near the creek. Unlike the well David’s father digs, the water from the creek never runs dry and helps the minari grow abundantly and effortlessly — Soonja’s miracle.

In the film’s climax, Soonja sets their barn on fire by accident. As the fire ravages their crops and tools, everything that has led the family to fight falls to ruins. Just moments after acknowledging that their marriage is beyond repair, Jacob and Monica run inside the barn together to salvage what they can, and then abandon it all to save one another. Meanwhile, Soonja wanders away in her guilt and confusion. The children go after her and convince her to come back.

Their house survives as does the titular minari, a reminder of their Korean roots and the resilience required of them. That day, the family sleeps together in the living room, arms over one another. The incident cements their decision to stay there and to stay together. Fire completes the Yi family’s cycle of hardships and lessons, giving way to renewal and regrowth.

In regards to the film’s shortcomings, it can be difficult to feel invested in the characters. In an already limited cast without a main character per se, Monica and Anne are not as fleshed out as their male counterparts. And for all the time we spend with the family, we still don’t get to fully understand their background. Flashbacks to California or Korea could have added emotional depth and heightened the stakes in the film. Most likely the limited window we get into the Yi family’s life is because Chung based the time frame off of where his memories start — at times, the movie itself feels like a memory, with slow panning through trees and shrubs, conversations that take place in hallways and lens flares from the sun.

The family’s conflict with nature parallels and provokes their unaligned desires and buried grievances against one another. The four elements in “Minari” distill the already simple and pure story: whittling down “home” to earth, “faith” to nature and “family” to survival. The American dream is a fantasy of control and reformation: of the frontier, natural resources, the social ladder, the workplace and ourselves. It is forever intertwined with the earth, ascribing meaning to the nation’s land which is not otherwise inherent. The family attempts to control the four elements, digging wells for water and burning garbage with fire, but in their attempts to reform nature, nature reforms them.

When “Minari” won Best Foreign Language Film at the Golden Globe, it resulted in an outcry. (It was unable to enter for the Golden Globe Best Picture because it didn’t meet the 51 percent English requirement for the award). Yes, the film is primarily in Korean, but it is an American movie through and through. From Death of a Salesman to The Grapes of Wrath, there is no shortage of stories about the American dream and how it can drive wedges between family members. “Minari” fits in seamlessly with these American narratives, while compounded by difficulties unique to immigrant families. (And the code-switching between Korean and English makes it relatable to many first and second-generation families.) From its subtitles to its subtlety, “Minari” expands our notion of representation. It is both modest and radical. 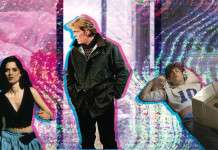 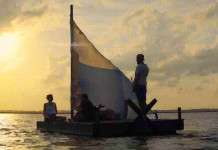 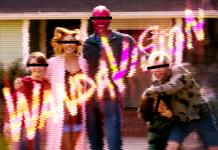