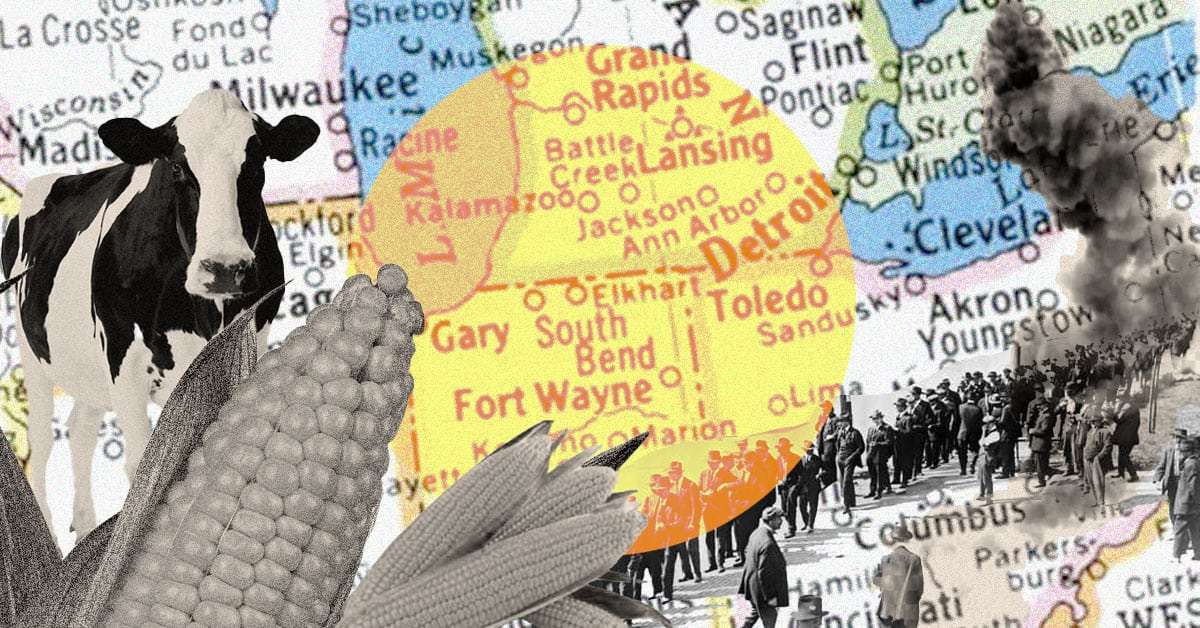 American manufacturing production jobs are more concentrated in the Midwest than in any other region. Well into the 21st century, manufacturing remains a fundamental part of the region’s identity, and is still central to ideas of economic prosperity.

“One of the main reasons that we are so invested in manufacturing as a source of jobs is that manufacturing for a long time has been a source of very high quality jobs,” Michael Shields, researcher at Policy Matters Ohio, said. “It has supported a strong and robust middle class. It has made our communities more equitable in terms of race.”

But even before the COVID-19 pandemic began, Ohio, Michigan, Wisconsin and Pennsylvania had lost a combined one million manufacturing jobs since 2001. Manufacturing wages are falling, even in Ohio’s automotive industry. In this installment, we look at the turns being made in the Midwest narrative and dissect one of the major challenges of revitalizing modern-day manufacturing: creating long-lasting jobs with quality working conditions.

In the midst of the general economic and social fallout of decades of deindustrialization, displaced workers that could leave Midwestern cities did. Residents — especially young, educated ones — migrating out of former industrial hubs became a common narrative, Sherry Linkon, English professor at Georgetown University and former co-director of the Working Class Studies program at Youngstown State University, said.

While overall depopulation continues, since the mid-2000s, some cities have seen an increase in young people finding home — and meaning — in the Rust Belt.

These visions fall short of the massive economic overhaul that Rust Belt cities are looking for, and they have mostly seen success in larger Midwest cities, Linkon said. But the trend in narrative marks a new attitude surrounding former industrial cities — warehouses-turned-chic-apartments and all.

The future of manufacturing

The Midwest’s manufacturing future will likely look different than the mass assembly lines of the last century. Automation is the reality of American manufacturing, especially in places like Toledo. The mechanization of manufacturing increases productivity, but it also drastically reduces the number of human workers needed.

Food manufacturing will likely remain important in the rural U.S. due to the difficulty of transporting raw food commodities and potential consumer concerns about food quality, Sarah Low, professor of regional economics at the University of Missouri, said. But even food manufacturing will likely become more automated, especially following disruptions caused by the pandemic. Slaughterhouses and meat packing plants in particular have increased automation.

But the labor shortage was becoming apparent before the pandemic, and may last well after it ends. The emphasis on four-year college degrees and white-collar professions shifted the expectations of the U.S. workforce, Low said. Finding it synonymous with unpleasant working conditions, some are not as willing to work in industries such as food manufacturing. The unwillingness of some employers to raise wages or provide extra benefits during the ongoing COVID-19 pandemic is also driving a labor shortage across several industries, Low said.

The future of urban manufacturing will likely focus on prototyping, research and development — some of the more stable manufacturing subsectors, Low said. Maintaining the industry will require retaining talented workers such as engineers, managers and electricians.

According to Lowe, creating long-lasting manufacturing jobs in the U.S. in any manufacturing subgroup is difficult under the dominant economic development strategy. Attracting companies with tax incentives, known as recruitment, is the common attempt to revitalize manufacturing.

The practice started in the ‘70s and remains a go-to development strategy for politicians, Low said. Local and state governments provide public subsidies to corporations to open a branch plant in the area. Recent recruitment attempts in Ohio have not always delivered on promises — there is little to stop the plant from moving elsewhere after the subsidies end.

Communities offering tax incentives for manufacturers risk drawing a “footloose” company, which does not need to be close to a raw material source or next to a consumer market, Low said. These firms can operate anywhere in the country, making leaving a region less risky than other traditional industries that rely on local sourcing.

Ohio provided GM with $60 million in tax credits from 2009 to 2016 to operate a Chevrolet Cruze assembly plant in Lordstown until 2040. The plant closed in 2018, laying off over 4,000 workers. The Ohio Tax Credit Authority demanded a repayment of $28 million and an additional $12 million payment to support Mahoning Valley communities. At the same time, the state awarded GM over $13 million in new tax credits for opening up a lithium battery plant in Lordstown that will employ fewer people than the Cruze plant.

Recruitment can start incentive wars as communities compete to offer greater tax incentives, which can benefit wealthier areas. One job at the recruited plant may cost tens of thousands of dollars in subsidies.

“We do have tax incentives offered oftentimes by suburbs that on a per capita basis are wealthier than the cities and that can draw firms away from urban cores,” Shields said. “It tends to be people of color disproportionately who lose out as a result of that.”

Local politicians might also recruit manufacturing plants for a political win, regardless of whether their communities are seeking manufacturing work.

“Especially now there’s less and less emphasis on, ‘Are these the kind of jobs that we really want?’” Low said.

Starting in the ‘90s, economists began recommending entrepreneurial strategies to redevelop industry rather than tax incentive-based recruitment. One such strategy is to develop homegrown local manufacturing that plays to the unique skills, resources or location of a community. Ohio, for example, has a relatively favorable geography.

“Comparative advantages in Ohio are proximity to the east coast; you’re next to a lot of rich, urban consumers,” Low said.

Nonetheless, entrepreneurship requires a long-term investment and education strategy, and may take decades to come to fruition, Low said. Meanwhile, politicians can win immediate victories by recruiting plants with tax incentives, even if the plant does not remain in the area permanently.

The Toledo network of the Ohio MEP office, CIFT, focuses on technology and innovation primarily in food manufacturing, as well as other manufacturing and agricultural industries. Solar panel manufacturing could also be a new boom for Toledo, as manufacturer First Solar plans on making its Perrysburg facility the largest solar panel factory outside of China.

Creating and maintaining a manufacturing workforce is one challenge; ensuring workers receive quality pay and benefits — and that these jobs are accessible to all residents — is another.

While some green energy companies are resistant to unionization and don’t pay as much as unionized automotive manufacturers, community benefit agreements that ensure federal infrastructure improvements, including green energy, can foster high-quality jobs, Shields said.

Community benefit agreements and project labor agreements for federally-funded infrastructure projects can set living wages and benefits, promote apprenticeships and require companies to hire Black, Indigenous and female workers who were historically excluded from manufacturing and disproportionately impacted by deindustrialization. These agreements can also mandate that subsidized manufacturers not oppose unionization efforts and pay an elevated minimum wage.

Cincinnati’s approach to developing a solar energy grid in 2017 included these provisions, and could serve as a model for future projects.

Active manufacturing may not be the defining characteristic of cities like Toledo, Youngstown, Akron or Dayton. But it might be healthy to not rely entirely on the manufacturing sector again.

Cities such as Chicago, Columbus and Cincinnati lost thousands of manufacturing jobs, but have experienced more success in revitalization than the range of Ohio’s mid-size and small cities.

“For every Detroit or Cleveland trying to get itself back up in these new industries like meds and eds and science, there's a hundred Steubenville, O[H]s that never had a replacement for the steel industry,” Bradley Sommer, a historian at Carnegie Mellon University, said.

Toledo’s reliance on durable goods and the automotive industry, along with Akron’s reliance on rubber or Youngstown and Pittsburgh's reliance on steel, serves as a cautionary tale for cities seeking to replace lost manufacturing with a new manufacturing industry or medicine and technology, Sommer said.

A revitalized manufacturing sector may not dominate cities like Toledo again. Too much has changed in how manufacturing is done and the balance of bargaining power. Economic development, in manufacturing or any other sector, is not about recreating the region’s past, but instead creating a new Midwest future. 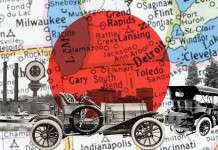 Manufacturing the Midwest I: Tracing Toledo’s Industrial Past