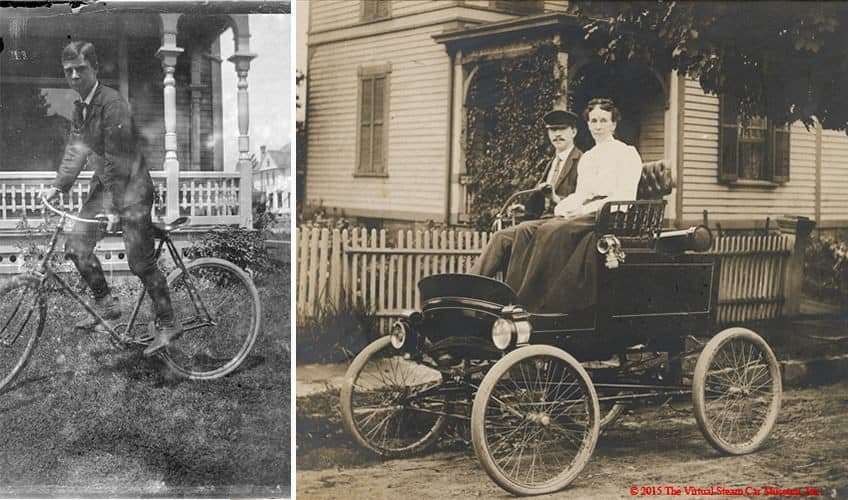 🏭🚲 Did you know that the bicycle has a long history right in our midst in picturesque Northwest Ohio?

Before Toledo’s industrial heyday designing and manufacturing automobiles, Toledo had been one of the largest producers of bicycles and bicycle parts in the nation. In fact, many inventors, plumbers, tinkerers in the bike industry ventured to design early horseless carriages.

In fact, it was the American Bicycle Company that first developed an early automotive in 1910, called the “Toledo Steamer,” which sported elements of the bicycle such as spokes and tube frames. The ABC became the International Motor Car Co. manufacturing the widely known “Pope-Toledo,” a luxury car known for its racing power that debuted in 1903.

Who knew the simple man-powered mechanical bike perfected in our industrial Toledo preceded such powerful innovation?