Higher education institutions play a significant role in cultivating young talent and promoting the well-being of society, both socially and economically. But many American colleges and universities have been struggling with enrollment in the past decade, and this continuing decline is felt especially in Midwestern cities. Cover graphic by Ruth Chang for Midstory.

Over the past decade, college enrollment nationwide has been on a decline and, according to Inside Higher Education, this decline has been more severe among colleges in the Midwest and Northeast. Public institutions rely on tuition and state funding associated with student enrollment to maintain their operational budgets, so dropping enrollment numbers spell trouble for the future of higher education.

Among the top ten states with the largest enrollment declines, four were from the Midwest, including Ohio in sixth place. Ohio has historically played an important role in higher education, hosting the sixth highest number of higher education institutions in the nation. Between fall 2019 and fall 2021, Ohio, along with three other states — California, New York and Texas — accounted for 50% of the national enrollment decrease.

A closer look at data from the Ohio Department of Higher Education indicates that Ohio’s total enrollment across public and private higher education institutions declined by 30% from 2010 to 2020, meaning that there were 212,249 fewer college students on Ohio campuses than in 2010. The U.S. enrollment dropped 12% during the same time period.

And as the saying goes, as Ohio goes, so goes the nation.

Factors behind the decline

One of the main reasons researchers cite for why college enrollment is declining is the dwindling number of high school graduates. According to projections by the Western Interstate Commission for Higher Education, while the number of high school graduates per year has been slowly growing, this number is expected to peak in 2027 and then decline through 2037, leaving little hope that college enrollment will rebound anytime soon. This projection indicates that the decreasing trend will be more pronounced in the Midwest, and that the Midwest will contribute the least to the initial increase and the most to the decrease by 2037.

But regions like the Midwest are also facing unique issues.

“The number of students who are graduating from high schools in these regions are smaller, the cost of living tends to be a little bit higher, the opportunities are a little bit less in some of these cities, and so people are leaving, or they are not having as many children,” Doug Belkin, a reporter covering higher education for the Wall Street Journal, said.

The Rust Belt state of Ohio is especially feeling the effects of depopulation.

“We don’t have a lot of inward migration to Ohio, so we are going to see another enrollment crisis coming,” Jones said.

For those who do remain in Ohio, college doesn’t always look like the most cost-effective option. Facing the growing and notoriously expensive cost of tuition, students are considering whether the investment of going to college will pay off. According to the College Board, the average cost of tuition and fees for public four-year colleges increased 171% (when adjusted for inflation) from the academic year 1990-91 to 2021-22. Belkin added that the cost of attending college grows much faster than what the government subsidizes, and the difference is seen in students’ bills.

Research has long shown that having a higher degree reaps many benefits, such as having a higher income, social mobility, better health, being more civically engaged and being less dependent on social programs, to name a few. Researchers have warned that college enrollment declines could mean that “a million adults in this country have stepped off the path to the middle class.”

But the increased minimum wage for low-skilled jobs alongside a rising demand for labor makes jobs that don’t require a college degree attractive alternatives to going to college.

The pandemic has only expedited the severity of the nation’s college enrollment decline. A recent report from the National Science Board noted that in the U.S., “undergraduate enrollment dropped by 3.6% overall in fall 2020, with community colleges showing the sharpest decline (10.1%).”

In Ohio, the pandemic’s effect on enrollment has taken an even greater toll.

“Since COVID, the [enrollment] decline has been different. The total enrollment at independent colleges is relatively flat,” Jones said. “The public four-year institutions have seen declines in enrollment and the community colleges have collapsed. That’s a national trend. But in Ohio, they have gone down more significantly.”

For many students, college is as much a social opportunity as it is an educational one. Online classes severely limited in-person interactions and the typical college social life.

“And if [students] can’t do that, they don’t want to take a Zoom class for twenty grand a semester,” Belkin said.

Universities rely on the surrounding communities to provide a “vital” and attractive environment for students. At the same time, colleges and universities benefit their communities by playing a central role in local economies and the future outlook of their region.

According to Belkin, universities and the cities they inhabit have “a symbiotic relationship,” so when college enrollment declines, entire communities are at risk of adverse effects.

“[Higher education is] central to the economy and to the future of regions. And there are two big reasons. The first is that the starting point of every economy is building a better mousetrap — it’s innovating. People who are figuring out new things, building new products, figuring out more efficient ways to do things that we have to do already — universities are brain centers,” Belkin said.

And where colleges are, so are recent graduates — fresh and ready for employment.

“The second thing is that corporations need to find skilled workforces. And if you have a high college-going rate, then you’re going to attract corporations that they can bet on that workforce,” Belkin said. “It’s a virtuous circle.”

Much of the Midwest faces a challenging post-industrial present (let alone future), dealing with depopulation and economic declines as manufacturing jobs have dissipated and downtowns have hollowed out.

“People around the country, and certainly in the Midwest, need to be very mindful of the health of their universities, because it will affect them at some point,” Belkin said.

Jones has hope in higher education’s capacity to prompt the regional development of Ohio — and for regional development to, in turn, stimulate enrollment through collaborations with higher education across the state of Ohio. In early 2022, Intel announced a plan to invest over $20 billion in the construction of two new leading-edge semiconductor chip factories in Licking County, Ohio — the largest manufacturing investment in Ohio history.

Schools like Ohio University have historically been a source of talent for Intel, and, in continuing a beneficial cycle, Intel also pledged an additional $100 million to invest in higher education to develop and attract young talent and bolster research programs.

“[Intel] is an example that our higher education sector in the state has the ability and will — if it succeeds — help rebuild what comes next in Ohio,” Jones said.

Whether it be polymer science in Akron, jet engines in Dayton or industry around P&G in Cincinnati, these nodes of specialty have brought both fiscal and human capital to otherwise struggling cities. But investments like Intel’s are by no means the norm for cities and universities alike.

“We’re gonna have to grow more of those to be a successful state,” Jones said.

Endeavors to reverse the decline

Other colleges and universities are eyeing nontraditional students to fill the gap. The National Student Clearinghouse Research Center in 2019 reported that there are 36 million Americans who have some college credits but never finished their degree.

Meanwhile, some colleges are committed to more structural and long-term endeavors in college enrollment with a refreshed focus on affordability, retention and program offerings. For example, Jones said, Cedarville University found a profitable niche by creating a pharmacy program when there was an increasing need for pharmacists in the state. He also said the most successful institutions in his jurisdiction before the pandemic were six standalone nursing colleges in Ohio.

“They were the thriving ones, because they had a niche,” he said.

Nonetheless, for Ohio to maintain its prominent role in higher education — and even to potentially lead the way in reversing college enrollment trends — experts say change needs to happen on an institutional and industry-wide level. According to both Belkin and Jones, it starts with leadership.

“If they continue to do business as usual, it’s gonna get harder and harder and more will close,” Belkin said. “The leaders of universities matter a lot right now. Schools have not traditionally been nimble, adaptive places. It’s time for them to do that.” 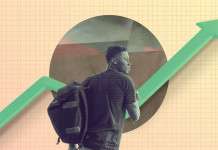 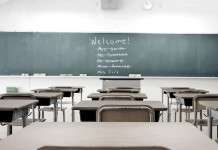 The Rise of Teacher Turnover in Detroit’s Charter Schools 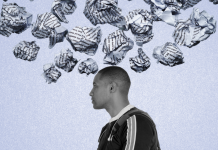 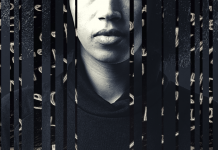 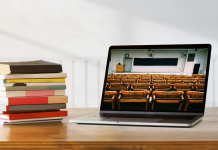 Zoom University: The Complexities of Student Life in a Pandemic 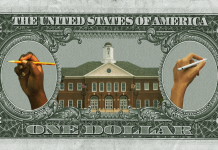