In Illinois, at least nine coal-burning plants are on track to become solar farms and battery storage facilities in the next three years. Sites that once emitted fossil fuels are being repurposed (seeing as they already have key power grid connections) to become sources of renewable power instead. Cover graphic by Sophia-Rose Diodati for Midstory.

Across the country, new life is being breathed into coal-burning power plants that once choked their surroundings with emissions: sites that once produced massive amounts of greenhouse gasses are being transformed into solar and battery projects — and some experts say they are actually ideal locations to do so.

Coal has seen a gradual yet steady decline: it has become an increasingly uneconomical power source, especially due to competition from gas and the affordability of clean energy, according to J.C. Kibbey, senior clean energy advocate at the National Resources Defense Council.

“This has been happening across the country,” Kibbey said. “[Coal] has gotten pushed out by the market, and that’s happening in Illinois at an even more rapid rate.”

Illinois is poised to take the spotlight, setting a goal of 100% renewable energy by 2050. It is transitioning from being the fourth-largest coal producing state in the U.S. to the first Midwestern state that will shut down all coal-powered energy plants by 2045. Eleven coal plants are set to become solar farms and battery storage facilities in the next three years.

Because the state has been historically reliant on coal, however, this shift is leaving behind not only pollution and abandoned sites, but also communities that were economically dependent on coal struggling to find an alternative.

“These coal plants were very tied into the economy, especially those that were located in rural areas,” Kibbey said. “The sites also tend to be pretty polluted and require a lot of remediation, so it’s a challenge to find what a good new use for that spot would be.”

One of the “significant costs and hurdles for building a new clean energy project” is getting them connected to the power grid, according to Jack Darin, director of the Illinois chapter of the Sierra Club. That’s what makes defunct coal power plants the perfect spot to house them.

“Their connection to the power grid makes them very promising sites for clean energy,” Darin said. “The grid is built around and directly to these sites, so using that same transmission for clean energy that was built for fossil fuel is a great transition.”

This eliminates the struggle of building new power lines that may be costly, time-consuming and unpopular with residents.

Housing solar projects at these former sites also helps to reinvest in communities that were economically dependent on coal plants. “These are opportunities for property tax revenues for those communities, and also a chance to hire locals, start new business opportunities and reuse the sites for clean energy,” Darin said.

In Illinois, this transition is facilitated by the Climate and Equitable Jobs Act (CEJA), passed in September 2021. During negotiations for the bill, the element of converting coal to solar was introduced by — in an ironic, controversial twist — VISTRA, a power generation company with several power plants in Illinois.

“[The Coal-to-Solar Energy Storage Grant Program] gives power plant owners money and incentive to either build solar farms or battery storage,” Andrew Rehn, senior water resources engineer at Prairie Rivers Network, said. By redeveloping sites that no longer have a lot of value, they can bring the benefits of both economic development and transmission for solar projects.

Five plants, operated by VISTRA and NRG Energy, have been chosen to receive around $280 million over 10 years to convert their plants into battery-only projects, which store solar energy so it can be used even when the sun isn’t shining. VISTRA intends to also install solar capacity in six other retired coal plants. It estimated that it will create up to 100 new jobs per plant.

“These will be part of that wave of job creation that Illinois can see over the next decade from other solar, wind and energy efficiency projects,” Darin said.

The Will County Generating Station, a coal power plant owned by NRG Energy and involved in the Coal-to-Solar Program, was retired in June 2022. Image courtesy of Alfred Twu.

A true transition, however, won’t be possible unless the cleaning of coal ash — the waste product of burning coal — is factored into the equation.

“It’s really important to consider coal ash so that this ends in clean energy as a success story,” Darin said. “The transition has to include getting coal ash out of contact with the water supply, and also hopefully include local residents in the jobs and economic benefits of those projects.”

The cheapest option for closing ash ponds involves covering them to shield them from rain and leaving them indefinitely. The more expensive alternative is to dig the ash up, transport it to a modern facility where it won’t contaminate groundwater and have it managed and controlled.

“This is one of the big concerns with coal to solar,” Rehn said. “If [owners] are proposing to put solar panels on the coal ash impoundments, we have some concerns about that. We don’t want [the coal to solar transition] to be in a way where power plants can lock in the cheapest and potentially least effective closure method.”

Though Rehn called the 2050 target of 100% renewable energy a “North Star goal,” if mandates are translated into holistic actions, Illinois’ legislation could become a blueprint for other states.

“[CEJA] is one of the most ambitious, and perhaps the most equity-focused bill in the country moving our power sector toward clean energy,” Kibbey said. “It’s more or less in line with what science tells us we need to do to avoid catastrophic climate change.”

With renewed political will, a historically coal-dependent state is equipped to swap out fossil fuels for clean energy, in the very same spots the polluters stood.

“Clean energy transition is not just for states that are already three quarters of the way there,” Kibbey added. “A heavy coal-producing state can do this, too, and in an equitable way that supports the people that were once economically dependent on coal.” 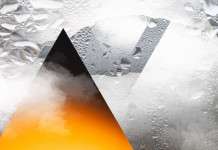