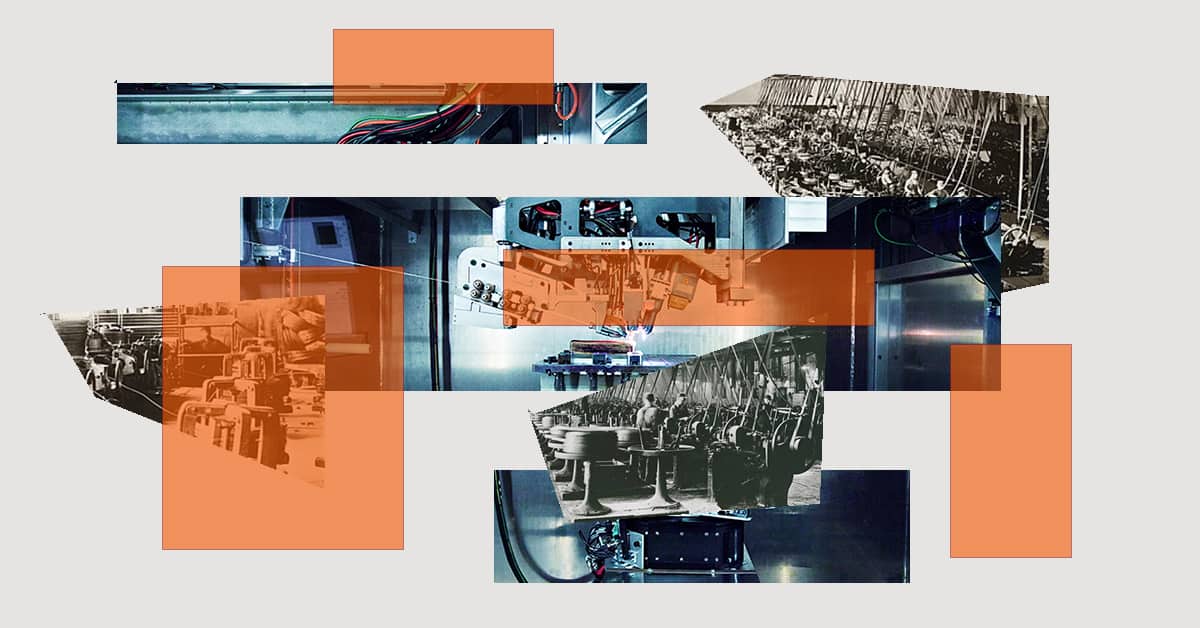 In 2009, John Wilczynski was working as a quality planner at GM’s Pontiac Metal Center in Michigan when the company filed for bankruptcy. Over the following months, around ten thousand workers accepted buyouts or were laid off. Wilczynski was among those who volunteered to leave his position.

The paper mill in his hometown of Erie, Pennsylvania, where many of his family members had been employed, also shut down.

“I saw the devastation of a community that had been heavily reliant on manufacturing,” Wilczynski said.

This story is a pervasive one across manufacturing communities in the American Midwest. While dwindling opportunities in post-industrial cities have led many on an exodus elsewhere, Wilczynski and others saw opportunity to revitalize manufacturing—and the region—through a promising new technology: 3D printing.

Also known as additive manufacturing, the technique adds material—usually layer by layer— to build three-dimensional objects using information from a computer file. Nascent forms of the technology emerged as far back as the 1960s and were commercialized for the first time in 1987. Since then, companies, universities and individuals have continued to improve additive manufacturing and explore its potential—among them, Wilczynski.

Founded in 2012 under the Obama Administration with the hope of boosting the declining U.S. manufacturing industry, America Makes is a public-private partnership that undertakes research and development in 3D printing technologies in partnership with universities and businesses across the country. The organization is based in Youngstown, Ohio, a city primarily known for its fallen steel industry and depopulation crisis.

Since the institute’s establishment, Northeast Ohio has become a hub of additive manufacturing innovation. The historically strong manufacturing presence in Youngstown and the rest of Northeast Ohio was a major factor in NCDMM’s decision to choose the city as the site of America Makes, Wilczynski said.

In the nineteenth century, Northeast Ohio became a major center of manufacturing because of the region’s natural supply of high-quality iron ore and increased demand for iron as a result of westward expansion. The region began to shift towards steel production in the late 1800s, and the industry continued to grow until the early 1970s.

After this peak, however, manufacturing across the nation began to decline; between 1980 and 2017, employment in the industry fell by about 7.5 million jobs.

Among the causes of this decline, economists cite globalization and a growing “skills mismatch” between potential employees and industry needs as two major contributors; import competition with China accounts for about a quarter of jobs lost during the 2000s, and present-day advanced manufacturing industries are less likely to hire low-skilled workers than before.

“We felt well positioned to be the focal point of technology and create a regional presence that ultimately leads to making a difference,” Wilczynski said.

While most may think of 3D printing as somewhat small scale (think university classes or public library maker’s spaces), it has significant implications for industry at large. The technique is often more convenient and cost-efficient than other manufacturing methods; engineers can design, print and test prototypes more rapidly. It also lowers the manufacturing costs for limited-series designs, which is currently of particular interest for maintaining Air Force aircraft that require out-of-production replacement parts.

Thinking even beyond the confines of our planet and our times, Greg Loughnane, director of Leonardo Enterprises at the University of Dayton, said that additive manufacturing could also be useful for replacing parts on a spacecraft while traveling light years away from Earth.

While much of the focus in 3D printing innovation is on research, however, some say that more efforts should be put toward viable applications and smaller-scale business.

The executive director of the Center for Design and Manufacturing Excellence (CDME) at Ohio State University, Nate Ames, said that commercializing 3D printing for the everyday consumer is an underfunded opportunity.

“An interior designer could use additive manufacturing technology to help their customer visualize and lay things out in a yet-to-be-developed space, but there’s no money that I’m aware of out there to help that business,” he said.

Although additive manufacturing has been slow to catch on in some respects, there have also been notable successes in the industry.

CDME, for example, has hired 167 undergraduate OSU students since its inception and gives them the opportunity to gain experience while working on industry-funded projects. Ames said that many of CDME’s clients end up hiring the students who are employed at the center.

“They’re effectively interviewing a student for three or four years,” he said.

Loughnane said that part of the challenge of pushing innovation in additive manufacturing is convincing young people to pursue a field in which the payoffs may be a long way down the road.

“We need to help inspire students to pick that thing that they can stomach spending seven or 15 or 20 years perfecting,” he said.

Notable increases in job applicants as a result of additive manufacturing in the region is a promising step towards such longer-term solutions for Northeast Ohio cities. Job openings at some local 3D printing startups draw hundreds of applicants from diverse backgrounds, ranging from locals returning to Youngstown to foreign nationals, Barb Ewing, chief executive officer of the Youngstown Business Incubator and co-chair of the Additive Manufacturing Cluster of Ohio, said.

“We are building an industry here that is fairly unique, and there are lots of opportunities for students and anybody else to move here if they want to pursue a career in this field,” she said.