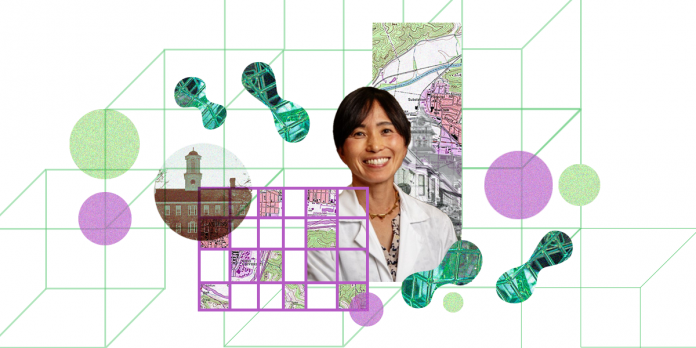 In 2018, Athens, Ohio was ranked the poorest county in the state with a poverty rate of 30.6%. Located in the heart of Appalachia, Athens’ residents have watched the county’s economic foundation in timber, oil, coal and manufacturing wither away under the pressures of globalization and rapid technological innovation.

Misako Hata, the laboratory director at Ohio University’s life science business incubator, the Innovation Center, is engaged in a mission to change this by helping startups and small businesses in the region bring jobs and economic growth to local communities. Established in 1983, Ohio University’s Innovation Center is the first center of its kind in Ohio and one of only a handful across the country. Its mission is to support entrepreneurs in Athens County with the goal of galvanizing job creation and economic growth while helping the region implement advances in technology.

Hata found her way to rural Ohio from across the globe; born in Japan, she attended a two-year college in her home country, after which her excellent grades earned her a full ride to complete her bachelor’s and master’s degrees in industrial engineering at Ohio University.

Before she began working to improve the innovations ecosystem in Athens, she herself had firsthand experience in both succumbing to and overcoming the challenges that come along with building a startup company in rural Ohio.

After earning her master’s degree, Hata took a job with the startup SunPower Inc.—which was acquired by Ametek in 2015—where she helped develop engines for ultra-cold freezers used for medical purposes such as storing vaccines. During her time at Sunpower Inc., Hata also experienced first hand the challenges that small businesses in the region face.

“They were trying to streamline the assembly process, and everything was made by hand. So, you know, it was a startup struggle,” she said.

The economic downturn in the early 2000s hit the company hard, and in 2003, Hata left her job.

“There were a lot of layoffs during that time,” she said. “It wasn’t unfair—it was just happening—and because the company was just a startup, they didn’t have enough funding.”

After realizing that work was scarce for a systems engineer living in the small city of Athens, Hata chose to change her career direction, ultimately deciding to enroll in a second masters program in biomedical engineering at Ohio University.

While completing her degree, Hata interned with Diagnostic Hybrids, Inc., a client of the university’s Innovation Center, helping to assess the performance of the company’s Graves disease diagnostic tests. After completing her degree, Hata continued working with the company as a research associate, which eventually moved out of the Innovation Center and was acquired by Quidel in 2013 for 130 million dollars.

“It was a success story: a small startup that grew so much and eventually graduated from the Innovation Center,” she said. “It’s not a corporation, but it’s big enough to have facilities and provide jobs in Athens.”

After working at Quidel for six years, Hata took a new position as a lab manager and research assistant at Ohio University’s Edison Biotechnology Institute. Like the Innovation Center, the Edison Biotechnology Institute is part of the university’s innovation ecosystem and was founded to help faculty pursue basic and applied research in the medical field.

“So instead of pumping out publications, you can commercialize, and these discoveries can help startups become high-tech companies in a rural area,” Hata said.

In 2017, Hata became the laboratory director of the 3D printing labs at Ohio University’s Innovation Center, where she helps small business owners take advantage of the resources the center has to offer as well as the unique applications of 3D printing.

As the largest employer in Athens county, Ohio University also provides jobs for students through the Innovation Center, not only helping them pay for their expenses but also preparing them with real-life experience for a career after graduation—hopefully in the region.

Hata said that students are particularly helpful when designing 3D-printed products and prototypes for small businesses and startups that may not always have the resources to hire designers of their own.

“For the 3D Printing Lab, we have engineering students working on apps and other real projects,” Hata said. “They know how to use CAD, so they’re able to do design work and feed it into the 3D printer.”

Hata also said that companies in the area like to hire locally and consequently help combat “brain drain” in the region, cultivating both the environment and the workforce for a brighter industrial and technological future for Athens. 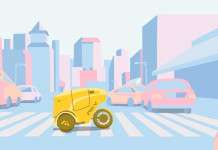 The Attraction of Food Service Work Is Plummeting. And Delivery Robots are Thriving. 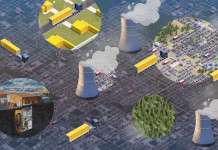