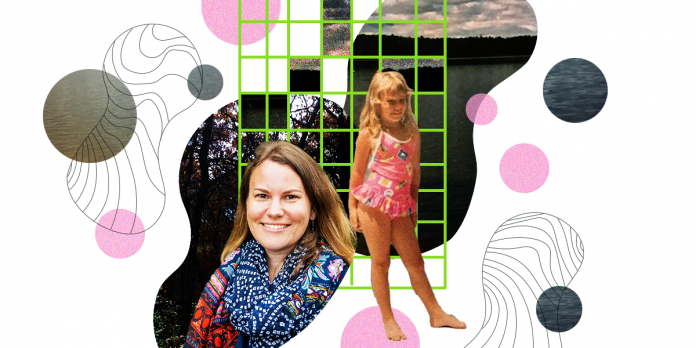 This landscape lies just on the precipice of the Boreal forests, ecosystems that, at the southern extent of their range, are particularly vulnerable to global warming. Having grown up there, ecologist and climate change specialist Leslie Brandt didn’t know just how formative that landscape would be.

Years later, she returned to these and similar forests as an ecologist based in Minnesota, this time to see what she could do to protect them against the threats of climate change and learn how they can help humans adapt to warming temperatures in urban areas.

Brandt had not always set her sights on becoming an ecologist. She majored in biology at Gustavus Adolphus College in Minnesota, unsure of where it would lead her career-wise. A required ecology course taught by Dr. Pamela Kittleson, who is still a professor at the college, solidified Brandt’s interest in ecology.

She went on to the University of Minnesota to receive her Ph.D. in Ecology, Evolution and Biology and then served as an adjunct professor in the Department of Forest Resources at the university before joining the USDA Forest Service, where she is now a climate change specialist. Brandt coordinates various projects within the Forest Service, one of which is the Urban Forestry Climate Change Response Framework project.

While urban forests only account for a small percentage of total tree cover in the U.S., they have a significant impact on humans given that over 80% of the U.S. population lives in urban areas, Brandt said.

Canopy cover in a city, for instance, reduces the urban heat island effect that is created when buildings, roads and other city infrastructure absorb and re-emit the sun’s heat. Vegetation such as trees can lower temperatures by 20-45 degrees Fareinheit compared to the peak temperatures of areas without cover, according to the U.S. Environmental Protection Agency.

“Reducing the urban heat island effect can be really important, especially for places where people might not have air conditioning or other access to cooling,” she said.

Brandt also mentioned that, with increased localized flooding events due to changes in precipitation, urban forests play an important role in controlling stormwater and water quality by capturing rainfall in their canopies, creating soil conditions that are more receptive to water and absorbing pollutants through their roots, therefore reducing harmful runoff.

In addition, Brandt said that urban forests improve air quality by storing carbon and offsetting energy use. Trees provide shade during warm months and also act as a wind-break during cooler months, thus reducing the need for cooling and heating in homes.

“We just finished publishing a paper for a project wrapping up in Detroit. I’m also involved in another project that is a field-based experiment looking at how to manage floodplains in an urban park, here in St. Paul,” Brandt said. “It’s been a fun journey to learn about all these different communities and the importance that urban forests play in both helping our communities adapt to and mitigate climate change.”

But promoting urban forestry isn’t without its challenges.

Brandt said that, because of the expense of maintaining trees, people don’t always want urban forests. This has been particularly difficult in recent years as the Emerald Ash Borer, an invasive wood-boring beetle, has decimated forests throughout the Midwest, forcing many cities to prioritize their budgets towards maintenance.

Inequitable urban forest coverage is also an issue, Brandt said. She mentioned a study by Dr. Christine Carmichael, the founder of Fair Forests Consulting, that explores reasons why nearly a quarter of eligible Detroit residents turned down free street trees. She found that this opposition was due primarily to a distrust of the city government and the perception that tree maintenance would eventually fall to residents, particularly in low-income neighborhoods.

“Trees are expensive to maintain, they can be messy, and there are a lot of places where if people are in primarily renter-occupied places and don’t have the resources to maintain trees, they might not have an incentive to want an enhanced street,” Brandt said. “Part of it is about really listening to communities and understanding what their concerns are and how we can best support them and then find trees that they might actually want to have.”

But there have also been more than a few notable successes. Brandt pointed out several Midwestern cities that have been leaders in urban forestry over the years. The Chicago Region Trees Initiative, for instance, is a cross-county regional partnership and the largest coordinated effort in the country dedicated to resolving key issues facing trees and enhancing the benefits that urban forests provide.

“They’re doing a lot of work to bring cities that might not have the resources to manage their urban forests up to speed,” she said. “By providing training and volunteers and other efforts, that can help fill in the gaps that remain due to a lack of resources.”

Milwaukee has also been a leader in urban forestry for many years and has a robust urban tree maintenance plan, according to Brandt. It was also the first state in the nation to initiate a state-run arborist apprenticeship program.

Brandt is also currently participating in several promising urban forestry projects in cities across the Midwest. These include the Minneapolis-St. Paul Long-Term Ecological Research Program that was recently funded by the National Science Foundation.

“One of the components of this project is that we’ll be looking at the resilience of the urban tree canopy in the Twin Cities and how things like species diversity and management can affect the long term productivity and canopy cover in urban forests,” Brandt said.

She is also participating in a project in St. Paul, Minnesota near where she lives and is enjoying getting the community and local youth engaged in science and nature.

“We’ve planted different species of trees that are projected to be more adaptable to future conditions and measuring those effects over time. We’re also involving community volunteers, which has been really cool,” she said. “I love it because it’s like a mile and a half from my house, and I can go down there on the weekends with my kids and check on the trees. They can see science happening, right in their own community.”

Brandt said that her passion for science motivates her to put in the hard work and offered a piece of advice for young people who want to follow in her footsteps:

“Find something that you’re passionate enough about to put in the hard work. Just be curious, ask questions. Dig deep, and learn about something that excites you. Seek out opportunities and get experience doing the things that you want to do. Just read and absorb and learn, everywhere you go, and develop that lifelong love of learning.”

This article is brought to you in part by the First Solar Corporate Charitable Fund of the Great Toledo Community Foundation. As a recipient of their Civic Engagement and Environmental Impact Grant, Midstory engages in research and storytelling initiatives that deliver vital information, statistics and narratives on timely issues, such as the water crisis. 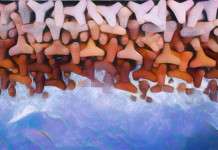