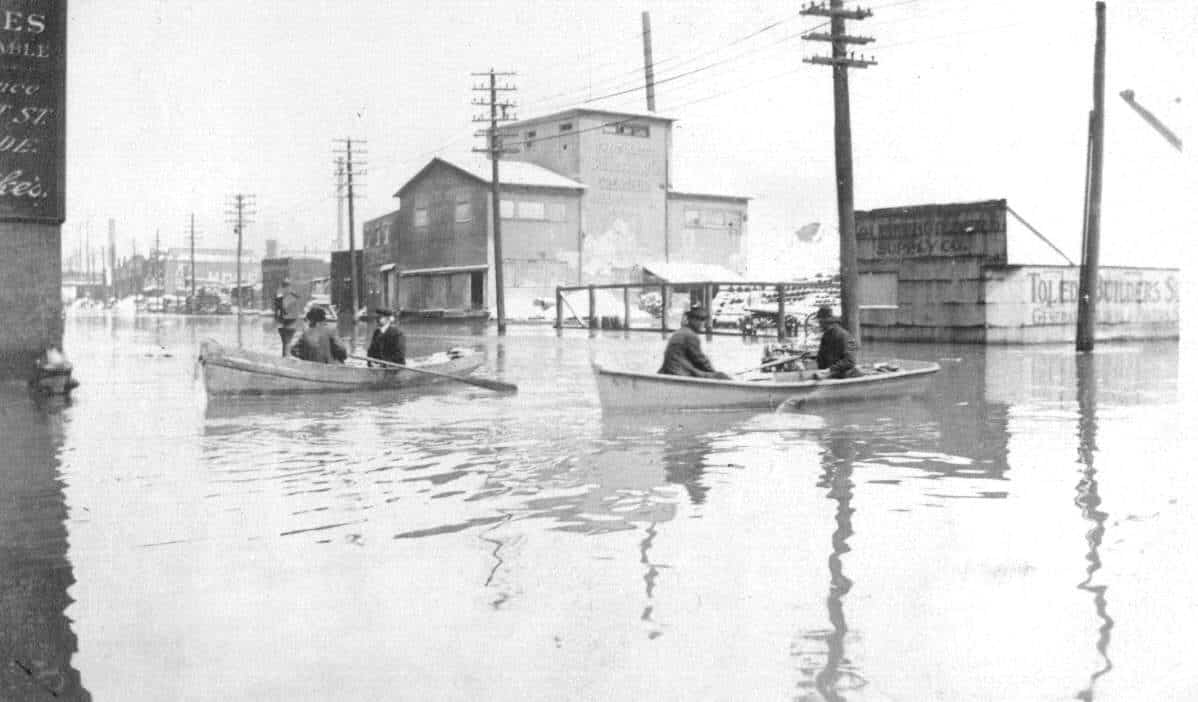 ❄ Think it’s bitter cold? Well, just imagine if flooding also came with our already icy roads. As rivers do, the powerful Maumee River flooded regularly at the turn of the century—as part and parcel of the Great Black Swamp and Lake Erie water systems.

It’s no wonder how Downtown’s Water Street got its name. In the coldest months of early spring, major flooding caused issues for commercial and industrial operations in Downtown Toledo.

Pictured here are images of the Toledo Edison Steam Plant on Water Street (now ProMedica Headquarters) and the intersection of Adams and Water Street, from the spring floods of 1913 and 1918. Footbridges were even added for access through windows of the Steam Plant! Additional images show the rowboats residents used during those moments of crisis. Meanwhile, some decided they were just going to brave through it.

⛄Hope this Midstory post ushers in good courage and a little more grace in this incoming Toledoan winter!

P.S. According to the original renderings for the ProMedica Headquarters, they actually considered building a bridge over Water Street between the buildings—one that compares almost exactly with the bridge in this 20th-century image!