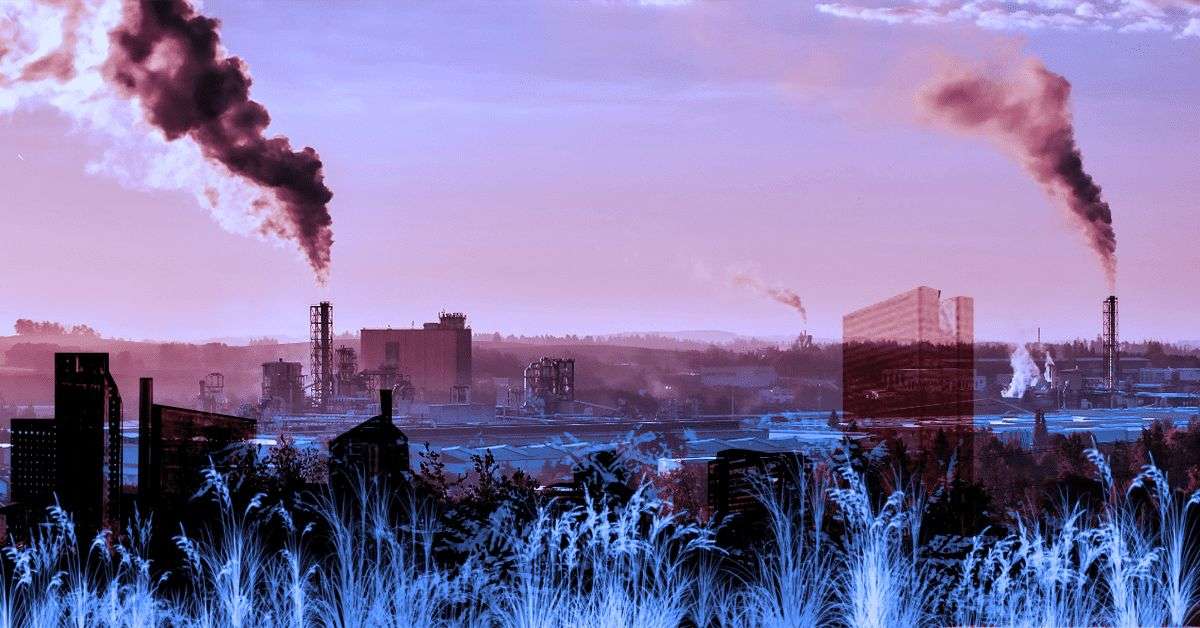 Nestled in the center of Northern Ohio, Mansfield has fallen in and out of fame over the years. Now, however, the small city perhaps most well known for being the backdrop for The Shawshank Redemption is making use of its post-industrial heritage for an unlikely comeback industry: tourism.

The city first made a name for itself in the 19th century as a home to several state and national railroads. These railroads quickly helped the city become a hub for manufacturing and trade, and several new manufacturing companies popped up in Mansfield, producing everything from suspenders to paper boxes. The city was also home to cigar manufacturer Hautzenroeder & Company, which was Mansfield’s largest employer in 1888.

The city’s growth then continued into the 20th century. In 1913, the Lincoln Highway came, connecting it to the rest of the country as part of the first road through the United States. This connection helped to nurture the city’s ongoing economic growth.

Another economic boom came in the 1920s with the rise of electric and home appliance manufacturing. Westinghouse Electric Corporation became the city’s largest employer with 8,000 workers, followed by Tappan Stove Company. Industry boomed in the city until the 1970s and 1980s, when there were significant losses in manufacturing jobs that spurred the fall of industry throughout the Rust Belt.

“It’s hard to tell the history of this community without talking about industry,” Jodie Perry, president and CEO of the Richland Area Chamber & Economic Development, said. “Over the years, it’s been driven by the industrial boom and then unfortunately has been hit hard by the decline of manufacturing and consolidation. That has impacted the community deeply.”

At its peak, Mansfield had just under 50,000 residents in 2000, making it the largest community in Richland County. In 2000, it was ranked the fifth-best place in the country to raise a family.

In 2009, in the midst of the Great Recession, the city faced massive debt issues, and in 2010 it declared fiscal emergency with a deficit of $3.8 million, making it the largest city in Ohio to have a fiscal emergency. This financial crisis lasted for four years until the state of fiscal emergency ended in mid-2014.

Today, Mansfield has a little over 46,500 residents and, along with the rest of Richland county, maintains a healthy average income and poverty rate. The city remains a blue-collar manufacturing community with multiple plants in the city producing steel, pumps, educational products and even carousel parts. The city is also home to several well-known food companies, including Isaly’s Dairy, the creators of the Klondike Bar, and Jones Potatoes Chips. Mansfield’s current largest employer is MedCentral Health System, which also serves as Mansfield’s main health care provider and is a major trauma center in north-central Ohio.

In recent years, however, Mansfield has grown to be more well-known for flashier fare. One of its largest claims to fame is the Ohio State Reformatory, the filming location for the 1994 film The Shawshank Redemption. But this is not Mansfield’s only brush with filmmaking. It was also a filming location in the 1997 Harrison Ford vehicle Air Force One and the 1989 buddy-cop comedy Tango & Cash, among several other productions. In the 1960s, Mansfield was also briefly home to the Highway Safety Foundation, which produced several controversial educational films, including graphic driver’s education “scare films.”

But out of all of these projects, Shawshank continues to be the biggest draw to the city, and there has been a large economy growing in Mansfield based in film and paranormal tourism around the prison.

Tourism, in fact, is one of the predominant industries in modern day Mansfield. According to Lee Tasseff, president of Destination Mansfield, tourism is the fourth-largest employer in Richland county and accounts for $338.5 million of spending, supports around 4,700 jobs and generates $8.6 million in local taxes.

Tasseff himself has been involved in a number of projects to promote staples of Mansfield and the surrounding regions. In the last two decades, they have relied heavily on media coverage to bring Mansfield into the public eye, from TV shows exploring the Ohio State Reformatory to a story Tasseff recalls of a blogger coming to the city to fulfill a dream of meeting Miss America during the Miss Ohio pageant.

Destination Mansfield advertises a variety of attractions on its website for just about everyone; in addition to tours of the Reformatory and other locations, there is a driving trail filled with filming locations from Shawshank. There’s a tattoo and rock-and-roll festival, an outdoor recreation weekend, indoor gardens and giant carousels. And the city has been very intentional in the way they’ve chosen to curate and advertise this myriad of attractions.

“We mass market to individual interests,” Tasseff said. “Our website has always been built so [that] if you’re searching for things you’re interested in, you find us. We don’t necessarily believe that people need to know Mansfield exists to find us.”

This strategy of marketing to as many audiences as possible has already made Mansfield’s tourism economy a staple of not only the city but Richland county as a whole. This appeal is also starting to translate to people who live and work in Mansfield as well. While Mansfield still remains a small city without the name recognition and reputation of larger Ohio cities, Tim Bowersock, Economic Development Director for the City of Mansfield, sees the way that those from outside the community can also get drawn to what Mansfield has to offer.

One thing Tasseff says contributes to Mansfield’s charm is that it boasts the safety and cost of living of a small city, but has the access and attractions of a larger metropolis. This combination of small-town appeal and urban connection makes Mansfield a unique place for locals, tourists and transplants alike.

“Mansfield has accessibility, this gorgeous terrain, a low cost of living…an arts community and cultural underpinning,” Tasseff said. “There was a lot of money in Mansfield years ago, so you’re going to have assets here that you won’t find in other small communities. There’s something about this area that was still in the process of developing 30 years ago, but there was always a lot here—it just needed to be pulled together in a way that made sense and was attractive. And now with the tourism side of things, we’ve obviously hit our niche.”

Even as Mansfield has started to hit its stride with development, there is still plenty to be done to inject more life and promise into the community. But Perry believes that the people of Mansfield are more than willing to make this change happen.

“I would describe Mansfield as reviving and on the upswing,” Perry said. “It’s gritty [and] our transformation is not yet complete. It’s a very proud community, very self reliant. They aspire to a stronger future and are willing to roll up their sleeves to achieve it.”

As with most other post-industrial Rust Belt cities, there is still more development to be done in Mansfield as it continues to recover. In particular, Perry sees hope in the downtown area. There has been a lot of development in the “Carrousel district,” which hosts trendy shops and entertainment popular with the younger crowd. Perry is continuing to focus on developing the downtown area and making it appealing to both residents and tourists; the local community has already started two plans to revamp downtown, called Downtown Mansfield and Mansfield Rising.

Bowersock also points to a need for more affordable housing projects built in Mansfield’s working and middle class neighborhoods, since he states that most of the new apartments and other housing being built in the city cater to a more upper-class demographic, which does not reflect the majority of Mansfield’s population.

Another challenge for Mansfield is retraining a younger generation. Bowersock mentions that the demographic of Mansfield has steadily been leaning more towards the 45 to 64 demographic, and not many young people are coming into or staying in Mansfield. Bowersock believes this can change with a greater effort to educate a younger generation on what modern day manufacturing jobs look like and how they can pursue a future in the manufacturing centers of Mansfield.

“We’re starting to see the younger kids coming out of high school that are realizing […] the difference between manufacturing today and what their parents experience[d],” Bowersock said. “Manufacturing is a much cleaner atmosphere and involves more work with computers than grease and sawdust. If we can keep that industrial side up, we’ll have a well-rounded economy. I think that’s the key long term.”

Mansfield still has a long way to go to live up to the bustling vision that so many people believe it can one day embody. But Perry sees the pieces to Mansfield’s final form already falling into place, and believes that the community is not only capable of more positive change, but also deserves another chance at success.

“My hope is that Mansfield can achieve its potential,” Perry said. “ I think the people are unique and special and I would love to see us as a community get a win. It seems like we’ve been getting our fair share of hard knocks, so it would be great to have something to celebrate.” 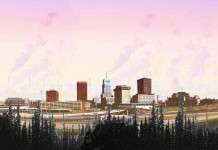 After Industry: Akron, the Rubber Capital of the World 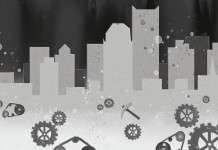 After Industry: The Decades-long Recovery of the Glass City