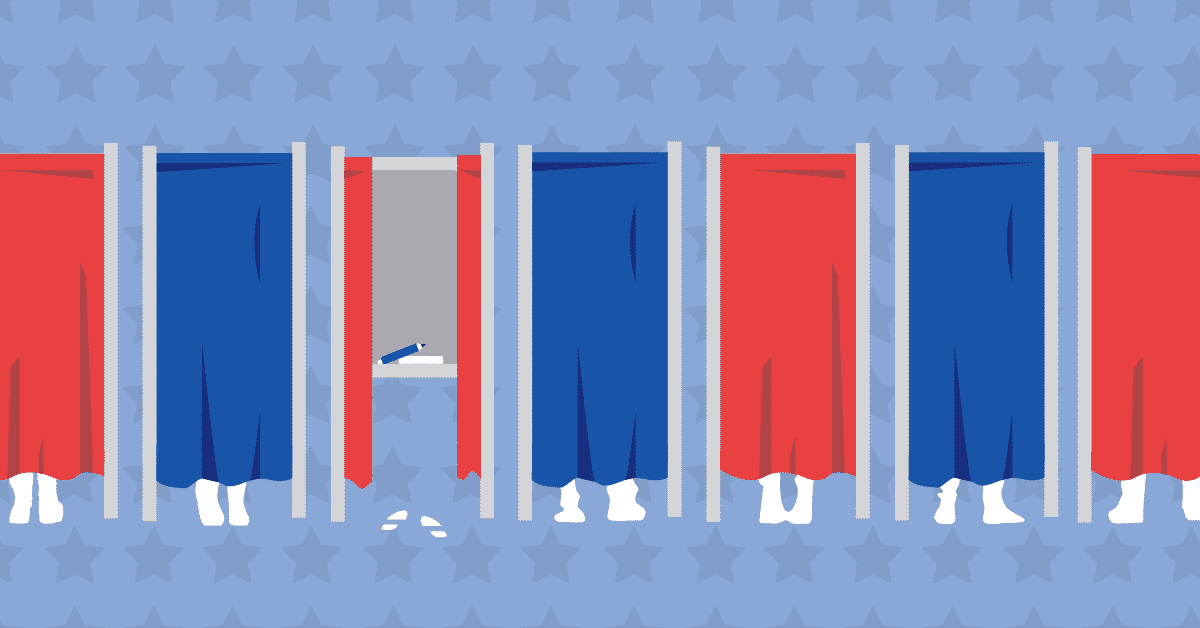 It’s 1812. Despite attaining statehood only nine years ago, Ohio is quickly becoming an important political force. Thanks to a rapidly growing population (including a fivefold increase in the state’s residents from 1800 to 1810), the state has earned itself an extra five electoral college votes just in time for the election. Congratulations! You happen to be one of the thousands of white, male residents who have been allotted the opportunity to vote for eight electors to represent your will in determining the executive leadership of the United States for the next four years.

The ongoing War of 1812 looms large over the election, imbuing every step of the process with extra weight. You go to the polls on Election Day to cast your vote; as a sympathizer with the Democratic-Republican cause—an early political party committed to small government and agricultural dominance—you select names from a slate of electors who have pledged to support the Madison-Gerry ticket. Satisfied with your political engagement, you return to your normal work routine and await the results.

When James Madison’s reelection is announced, you’re relieved. But you soon notice that an elector who received your vote—one who was supposed to represent your voice in the official election process—seems to have gone missing. What happened to David Abbott?

The 2020 election has brought debates about voting to the forefront of American politics. Politicians of all stripes have raised concerns about voting integrity in the wake of suspected Russian interference in the 2016 election, voter suppression in counties with large minority populations and voter fraud amidst the widespread implementation of mail-in voting.

But another, more fundamental conversation appeared in the Democratic primary this election season: candidates from Pete Buttigieg to Elizabeth Warren argued that the electoral college, a long-standing institution that acts as a buffer between the popular vote and the election outcome, had to go.

Reform and even abolition of the electoral college have been proposed over and over (unsuccessfully) since the early 19th century. The problem of disproportionate representation has consistently been a focal point of these dialogues; but “faithless electors”—those who violate their pledges to vote a certain way during official voting procedures that determine the election outcome—have, in recent decades, offered a new target for reformers.

Electoral faithlessness of all kinds has been around since the early days of voting in the United States, and Ohio is no exception. An early example of electoral misconduct from the state provides a valuable starting point for an evaluation of the merits and pitfalls of the electoral college system today.

Political Turmoil in the Buckeye State

The country’s first wartime election arrived during a complex cultural moment in early-19th-century Ohio. Political strife precipitated the emergence and subsequent attenuation of a new political force in the region: the Tammany Society. Composed “exclusively of [Democratic-]Republican citizens,” members attempted for years to assert political influence in order to defeat the Federalists, who favored a strong central government and believed in constitutional reinterpretation.

Gubernatorial candidates sought to smear each other for association with the group; at the same time, prominent political figures, including many state assembly members and former governor Edward Tiffin, assumed leadership positions in the ranks of the society. But a major political loss in January of 1812 dealt “a death blow to the Tammany organization” from which they never fully recovered.

At the time, it was customary for voters to directly select the names of electors who would ultimately cast official ballots for voters’ preferred candidates for the highest office in the land. So, in a final cling to power in the Ohio political scene, Tammany leaders announced a ticket of electors to support the reelection of Madison, who had just declared war against Great Britain. (Madison himself actually favored a national popular vote in debate at the Constitutional Convention of 1787, contending that “local considerations must give way to the general interest”—but that’s another story.)

The editor of a Chillicothe newspaper, convinced of a secret Tammany plot to overthrow state politics, claimed that Tammany electors had a “deep-laid plot to defeat the cause of Madison in Ohio”—in other words, a secret plan to defect from their nominal commitments and instead help elect the Federalist presidential candidate, DeWitt Clinton. An anti-Tammany ticket emerged, supporting the same candidates but claiming authenticity in their intentions. In spite of the controversy, however, the Tammany ticket prevailed and sent eight electors to vote for James Madison and Elbridge Gerry.

On the first Wednesday of December in 1812, 217 electors across the United States did exactly what they had been chosen to do: cast their ballots for the prevailing candidates in their respective states. In Ohio, seven of the Tammany electors followed through on their promises—but one man didn’t show up. David Abbott, a Yale-educated lawyer-turned-politician whose role in Ohio’s early governance ranged from Trumbull County Sheriff to constitutional delegate to state senator, failed to cast his electoral vote for James Madison—or any candidate at all, for that matter. He was listed as “not present” in official election records without explanation, though in the following years, he would go on to serve as a clerk of the courts and again as a state representative.

Abbott’s vote hardly made a dent in the outcome of the election; Madison, an incumbent, won a second term by a healthy margin (aided by Ohio’s other electors)

But the fact remains that the voice of thousands of voting-eligible Ohioans was essentially erased by one man’s absence. If the electoral vote count had been a bit closer—say, if Tennessee and Kentucky had gone to Clinton (leaving him with 109 electoral votes to Madison’s 108)—Abbott’s absence could have changed the course of history.

The cause of Abbott’s nonattendance remains unclear to this day. But the fact that one man can hold the political will of so many Americans in the palm of his hand reveals a deeper truth about the vulnerabilities our centuries-old system of political representation.

Challenges to Electoral Reform in 2020

Fast-forward to the present day: more than 200 years and 40 presidents later, the Supreme Court ruled this July that states may enforce penalties for electors who fail to adhere to pledge laws that bind them to vote for specific candidates. Following the 2016 presidential election, which saw seven faithless votes recorded and three more cast but disallowed, such a ruling might be seen as a deterrent to future electoral antics. But what would happen if David Abbott were chosen as an elector today?

According to a rule made effective in 1957, Ohio’s secretary of state is required to send a letter reminding each elector of the formal voting procedure ten days in advance—a measure designed to prevent absences like Abbott’s in 1812, perhaps. If any appointed electors are missing at the designated location by noon on the day of the electoral vote, they are subject to replacement by another elector of the same party. So, in all likelihood, David Abbott’s nonattendance would mean little for Ohioan voters in 2020.

Nonetheless, efforts to reimagine or eliminate the electoral college abound in recent decades—including some that have resonated with leaders in the Buckeye State.

Multiple election reform bills have been introduced in Ohio’s state legislature in recent years, though none have made it very far. Still, in 2019, a group of electors in Ohio once again attempted to push forward the Presidential Election Popular Vote Amendment, which would require state lawmakers to “take all necessary legislative action” to ensure that the winner of the national popular vote be elected president of the United States (meaning that a successful candidate could earn Ohio’s electoral votes without winning the state’s popular vote). Attorney General Dave Yost approved the amendment, and while 15 other states and Washington, D.C. have enacted the bill into law as of August 2020, the legislation has failed to gain traction in Ohio’s House of Representatives or State Senate.

The challenge of electoral reform is unique in Ohio because of its enviable status in the presidential political realm. Politically, the Buckeye State is highly sought after because of its inconsistent voting patterns, which have earned it the distinction of “swing state” in numerous election cycles. During any given presidential election, the voting population of Ohio is likely to fracture into near-equal parts, leaving little room for confidence for either party; whether overall support goes to a Democrat or Republican is anyone’s guess.

Presidential hopefuls eager to sway these votes in their favor are known to spend plenty of time courting Ohioans. For example, in 2004, when Ohio essentially decided the election, the Center for Voting and Democracy reported that the state received almost 18% of TV advertisements and 17% of campaign visits nationwide despite representing under 4% of the U.S. population.

Ohio voters have also proven themselves politically prescient for decades—the state’s popular vote has gone to the winner of the presidential election in every cycle but two since 1896. If you’re a superstitious presidential candidate, you’ll probably want to run a campaign that gets Ohio on your side; if you’re a politically engaged Ohioan, you probably won’t want to relinquish that reputation.

Still, ensuring that the will of Ohio’s voters translates into real representation (and not faithless electors or absent markings) is a crucial part of legitimizing the state’s participation in today’s electoral system. Who knows? If Americans had listened a little more closely to James Madison’s critiques of our now centuries-old electoral system, maybe—just maybe—David Abbott would have shown up to the polls on that fateful day in 1812.

Marley Jacobson and Skye Wu contributed to this article.

Elections are at the core of American society: they determine the trajectory of social issues, create accountability for political representatives and set the foundation for generations of change. Because of this, access to the ballot box has been a long-contested issue that remains the subject of intense scrutiny. The Voting Project is a Midstory series dedicated to understanding and unearthing the history, traditions and future of electoral politics in Ohio and the Midwest. 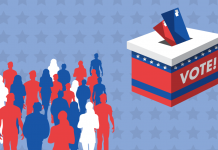 The 2020 Election Dilemma: How Ohio has Handled Voting During the Pandemic 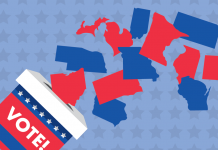 Voting in the Midwest: The Transformative Force of Race and Class