A pit sat in my stomach, along with the plane peanuts and the three cups of coffee my mother had advised against. I had missed my morning flight after a series of unfortunate events amidst the chaos that is LaGuardia Airport, and spent the day twiddling my thumbs anticipating what was now a night flight to Kansas City.

The day had finally come: I was going to fly by myself for the first time to visit my best friend in the whole world, who had moved to Kansas City months prior.

I grew up on everything bagels, my father’s strong New York accent and the notion that I was lucky to live in the center of everything. But my little blue townhouse and the suburban monotony of my neighborhood didn’t actually feel like the center of anything. Sure, the flocks of yellow taxi cabs whirring by and the crowds of people cascading down the streets were only a quick train ride away, but even then, I felt like I was missing something.

My best friend did not think I was missing anything. Having moved around her whole life, she’d seen everything from coast to coast and was sick of icebreakers and new schools. I was fortunate to have two years of school with her before her father’s job took her on the road again. This time, destination: cornfield. At least, that’s what I thought I would see surrounding Kansas City International Airport.

Much to my surprise at the time, the Midwest has more than farm fields and tractors. And while I had been met with disdain and worry by friends and family when they heard I, a young Jewish girl from New York, would be traveling alone to “the middle of nowhere,” I didn’t feel out of place. As I shuffled down the carpeted hallway to baggage claim — and tripped over my suitcase one too many times — I heard a myriad of languages spoken around me, smelled delicious food, and listened to the cheerful sounds of people excited to come home. Men in suits were pouring out of the plane to attend a business conference, which I soon learned was a common reason to come to the city.

As my week-long visit flew by, I wondered to myself, had I always been this dense? Why was it that when I was growing up everyone had made it seem as though New York was the only place to experience diversity in culture, music, cuisine, religion and so much more? It took some time, but I worked to unlearn the thought process behind the East Coast ethnocentrism that had been reinforced constantly throughout my upbringing.

I was conditioned to believe that New York was the only “melting pot” and Wall Street the only road for success, but while the city holds wonderful economic opportunities, a multitude of Midwestern cities have burgeoning job markets hungry for young professionals to add to their already diverse demographics, cultures and communities. In fact, a recent study found that seven of the top ten cities for young professionals in the U.S. are in the Midwest.

It did not help my case that, growing up, I was constantly surrounded by those who believe New York City and its surrounding communities are the best places to live and should be made exclusive. This way of thinking is something I like to call New-York-centrism. A perfect example of the bias I am accustomed to is the recent Brooklyn borough president’s controversial statement: “Go back to Iowa. You go back to Ohio. New York City belongs to the people that was here and made New York City what it is. And I know. I’m a New Yorker.”

This statement was certainly jarring to hear, but the harmful rhetoric he uses to describe what it means to be a New Yorker — including demeaning Midwesterners — highlights a common sentiment shared among city residents.

Year after year of high school, I would cross off each day on my calendar with a huge red “x” in hopes that the time between the school year and my now-annual trip to Kansas City would somehow move faster. I became a frequent visitor to whimsical shops such as Bunker in Westport, Threshing Bee in Overland Park and the historic Union Station. My vegetarian self even began to enjoy the city’s famous barbeque sauce after years of coaxing. I found myself attending baseball games and cheering for the Royals while stuffing my face with kettle corn. I grew to love walking along the plaza and window shopping and exploring vast fields outside of the city alike, and the juxtaposition between the roaring metropolis and the luscious farmland a mere 15 minutes away from Kansas City amazes me to this day. The place I had once felt alienated from was developing into a comforting and familiar home away from home.

I am fortunate to have had the opportunity to experience a region different from my own during a formative time in my life. New York may be considered cultured and diverse, but it can also have its own kind of “small town” mindset, inhibiting or even discouraging its residents to explore elsewhere (and I’m not just talking about getaways to the Florida Keys or soaking up California sun).

At the heart of it all, we are simply people living in places where we work, eat, drink and explore what life has to offer. Each part of the country has quirks to embrace, landscapes to admire and people to love, and the best way to immerse yourself in the eclectic nature of each place is with the combination of travel and an open mind.

I will always love New York. It is my home, and it is where my heart is. It is where I took my first steps and may be where I take my last steps, but somewhere in between, I plan to challenge myself to venture to as many places as I can — and not just the “exotic” or “iconic” ones. I appreciate the City of Fountains as the starting point for a lifetime of learning and loving people and places near and far from my own. 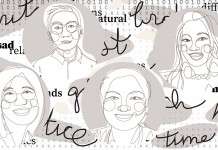 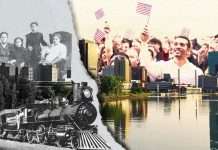 When Pandemic Hit, Libraries Were There — And for More Than...

Should We Build Wind Turbines in the Great Lakes? Climate Advocates...